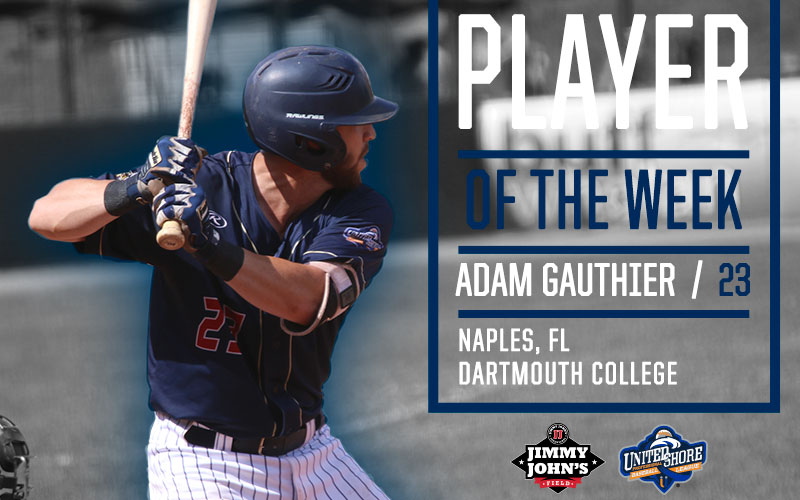 A native of Naples, Fla., Gauthier hit .500 (6-for-12) for the week, with a home run, six runs batted in and scored four runs. He posted an impressive .833 slugging percentage and .500 on-base percentage. Gauthier ended the season on a four-game hitting streak.

Championship Weekend has arrived at Jimmy John’s Field. The No. 3 seed Utica Unicorns will take on the No. 4 seed Westside Woolly Mammoths on Friday night. The winner advances to face the No. 2 seed Eastside Diamond Hoppers in the semifinals. Winner of that game plays the top-seeded Beavers for the championship on Sunday.