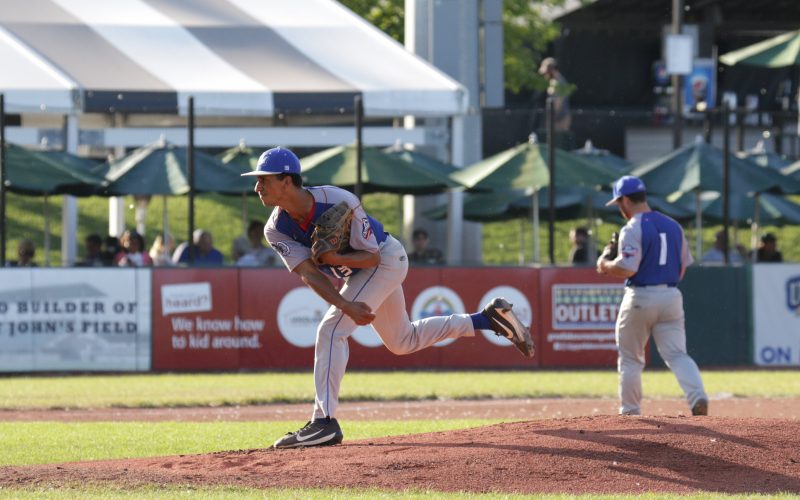 UTICA, Mich. – Will Johnson smacked a three-run home run and went 3-for-4, while right-handed pitcher Will Neely (2-0) worked 6.2 strong innings, striking out two as the Westside Woolly Mammoths (8-11) defeated the Birmingham Bloomfield Beavers (8-9), 7-2, on Saturday night at Jimmy John’s Field.

The Woolly Mammoths pushed their winning streak to five games with the win. Sonny Cortez had another strong performance, going 3-for-5 with two runs scored. Ryan Dobson and Jake Pulcheon each added two hits for the Mammoths. 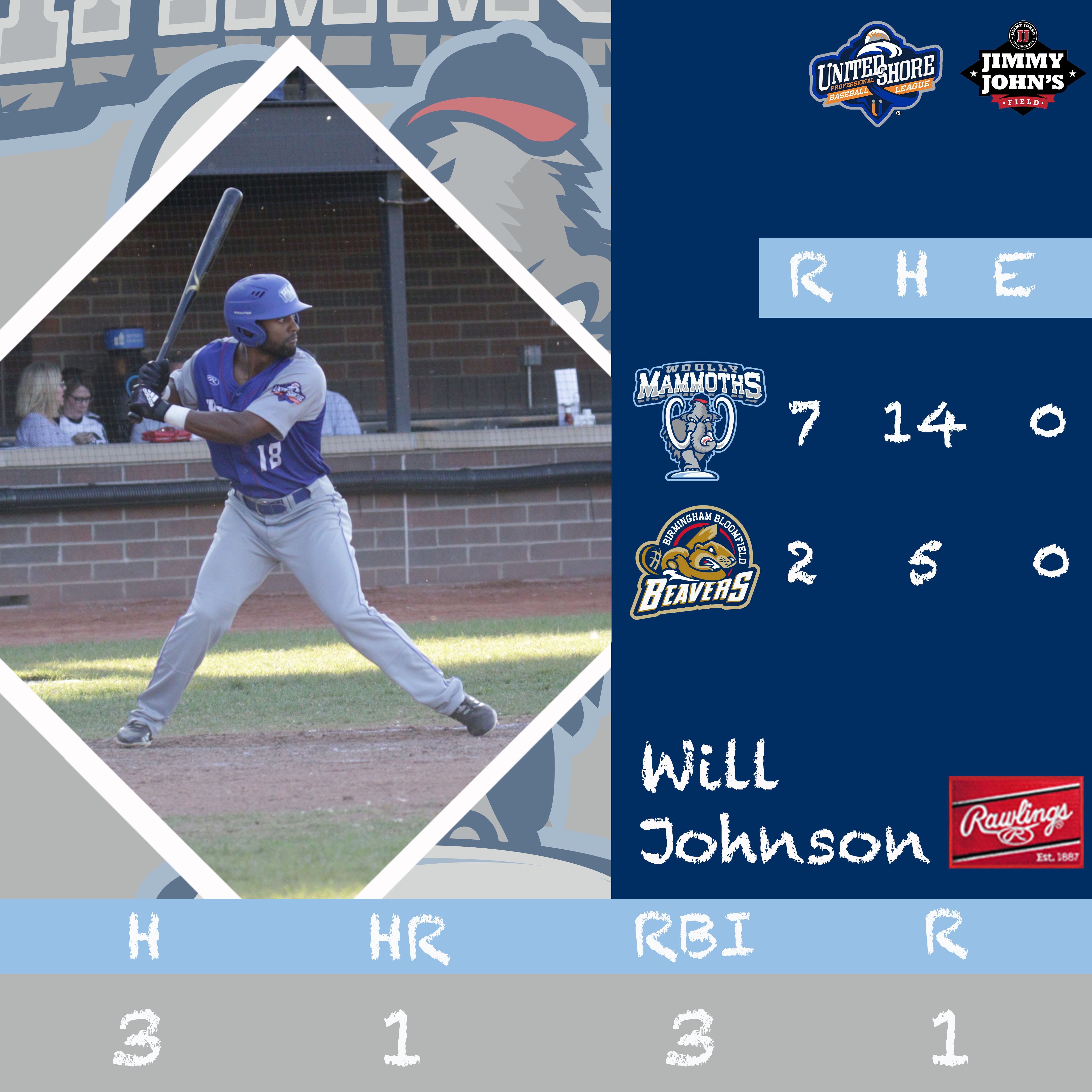 Birmingham Bloomfield’s RHP Kenny Ogg (1-0) made the start and had a no decision, scattering eight hits and two runs. RHP Noah Reed tossed 2.0 scoreless innings for the Beavers, striking out three.

The Beavers will take on the Utica Unicorns on Sunday at 1:05 p.m. Gates open at Noon with Superheroes Day presented by Fairytale Entertainment. The Beavers will wear special Superman jerseys that are available to bid on here. Part of the proceeds will go to ALS Association of Michigan.