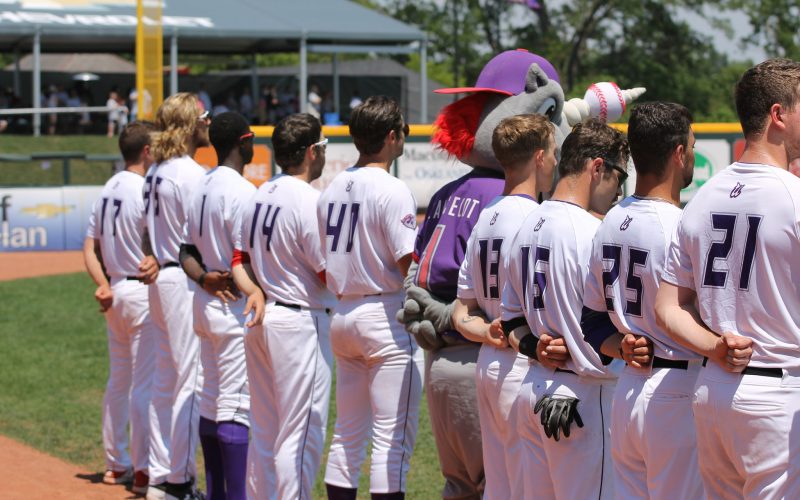 Utica — The Utica Unicorns picked up two victories in the fifth week of the 2017 USPBL season and are now 9-6 on the season. They currently have a half-game lead over the Westside Woolly Mammoths for first place in their division.

With seven runs in the bottom of the sixth inning, the Birmingham-Bloomfield Beavers were able to defeat the Westside Woolly Mammoths, 9-4.

Mammoths first baseman Riley Palmer was 2-3 with a walk and two RBI’s.

In a game suspended after the fifth inning, the Eastside Diamond Hoppers lead the Birmingham-Bloomfield Beavers, 4-1.

Donny Murray threw seven innings of one-run baseball and Nicco Lollio was 2-4 with three RBI’s in the Utica Unicorns 4-1 victory over the Westside Woolly Mammoths.

With the win, Murray is now 3-0 with a 2.40 ERA this season. Tom Constand and Sean Gustin each threw scoreless innings after Murray departed.

In a back-and-forth game between the Utica Unicorns and Eastside Diamond Hoppers, Nicco Lollio hit a pinch-hit walk-off home run in the bottom of the ninth to give the Unicorns a 10-9 victory.

With his two-run home run, Lollio now leads the Unicorns in RBI’s with 15 and is tied for the team lead in home runs with four.

Unicorns second baseman Mike Rampone was 2-4 with an RBI and two runs scored, and Brandon Larkin-Guilfoyle was 1-3 with a run scored and three RBI’s.