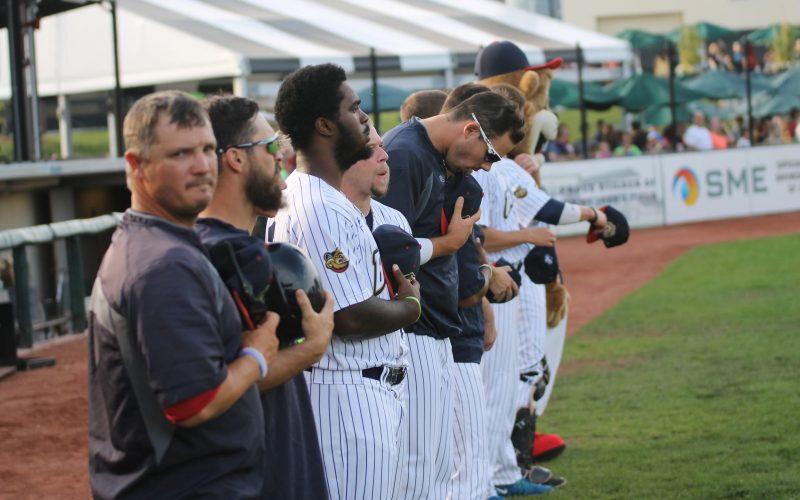 Utica — The eighth week of the 2017 UPSBL season was all about the Beavers. Going 3-0 this weekend with wins over the Diamond Hoppers, Woolly Mammoths and Unicorns, the Beavers are now 10-13 this season.

The highlight of the week was on Thursday, June 29, when Beavers pitcher Kevin Matthews was signed by the Atlanta Braves organization.

Prior to his departure, Matthews led the league with 43 strikeouts and an ERA of 1.80.

The Beavers took on the Eastside Diamond Hoppers on June 29 and earned a 6-3 victory. In his third at-bat as a Beaver, Brandon Rawe hit a two-run home run in the bottom of the fifth inning.

Diamond Hoppers shortstop Ricky Castro was 2-4, and his two hits extended his hitting streak to a league-best 16 games.

Four different Unicorns had RBI’s in the victory. Connor Reynolds was 2-3 with two walks and a run scored, and Brett Balkan was 1-4 with a walk, an RBI and two runs scored.

For the Diamond Hoppers, Ricky Castro and Chris Power were each 2-5 with 2 RBI’s and a run scored. Castro extended his hitting streak to 17 games.

Unicorns right fielder Brandon Shaffer homered in his first at-bat in the USPBL, but it was Ethan Wiskur and the Westside Woolly Mammoths who took home an 8-1 victory.

Wiskur hit a three-run home run in the bottom of the fifth inning which happened to be his first hit as a member of the USPBL.

The Beavers picked up their second win of the weekend with a 9-2 victory over the Mammoths.

Making his second start this season, Jake Welch held the Mammoths to just one run through six innings. He only allowed three hits and struck out six.

Unicorns starting pitcher Donny Murray threw five innings of perfect baseball, but the Beavers came back to defeat the Unicorns, 7-6.

After being down 2-0 going into the sixth inning, the Beavers got two-RBI singles from Brandon Rawe and Robert Lucido.

The game was tied 6-6 in the top of the eighth inning, but DJ Martinez hit an RBI single to secure the victory for the Beavers.