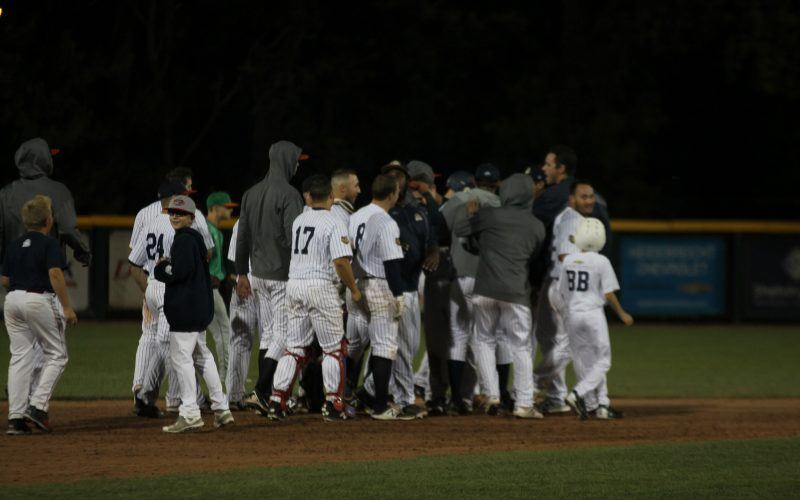 Utica — The 13th week of the 2017 USPBL season featured great pitching performances from Jeremy Holcombe and Donny Murray, as well as a walk-off win for the Beavers.

With the win, the Beavers are now tied for first place overall with the Diamond Hoppers.

Thursday’s game between the Beavers and Mammoths was postponed due to rain. The game was rescheduled for Saturday, August 19, at 1:00 p.m. as a part of a day-night doubleheader.

Although the Beavers were down 4-0 after five innings, their bats came alive late as Brandon Rawe hit a walk-off double to earn a 5-4 victory for the Beavers.

Diamond Hoppers starting pitcher Tanner Kiest was outstanding in his five innings pitched. He allowed only two hits and struck out 11.

Five different Beavers’ hitters had RBI’s in the victory. Diamond Hoppers outfielder John Menken was 3-4 with two RBI’s on the night.

The Mammoths got another great pitching performance from Jeremy Holcombe, and a two-run home run from Alex Abbott helped lift the Mammoths over the Unicorns, 2-0.

Holcombe picked up his league-leading sixth win of the season. In six innings of work, he gave up just four hits and struck out seven batters.

Conor Reynolds was 2-4 with an RBI and a run scored, and Brett Balkan was 1-3 with two walks and two runs scored.