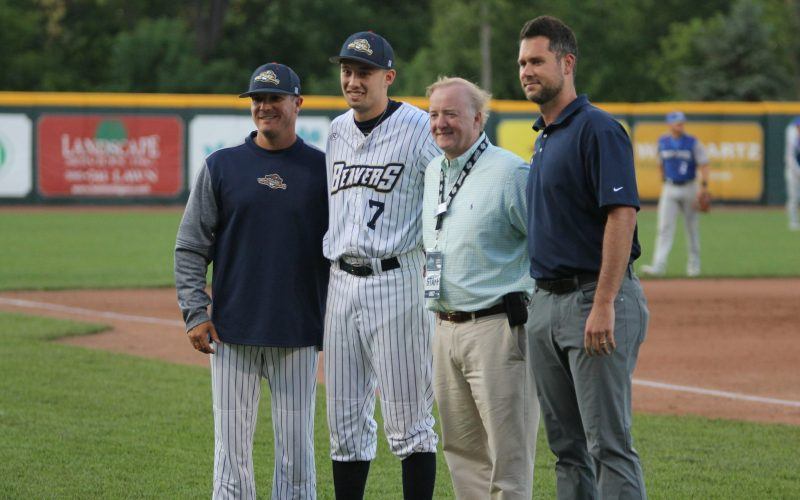 Utica — In the seventh week of the 2017 USPBL season, the league saw its first player move to the next level. On Saturday, June 24, Birmingham-Bloomfield Beavers third baseman Alex Maloney was signed by the Chicago White Sox organization.

Maloney is the fourteenth USPBL player to sign with a major league organization.

In a game shortened due to rain, the Utica Unicorns lead the Eastside Diamond Hoppers, 7-4.

With a four-run eighth inning, the Westside Woolly Mammoths defeated the Birmingham-Bloomfield Beavers, 7-2.

Hagen Wilkey was 1-2 with two RBI’s and Alex Abbott was 2-4 with a walk and an RBI in the Mammoths victory.

The Mammoths and Beavers squared off against each other once again on June 24, but it was the Mammoths who would come out on top with a 9-7 victory.

Unicorns starting pitcher Randy Dobnak threw five innings of his own, giving up just one run and striking out four.