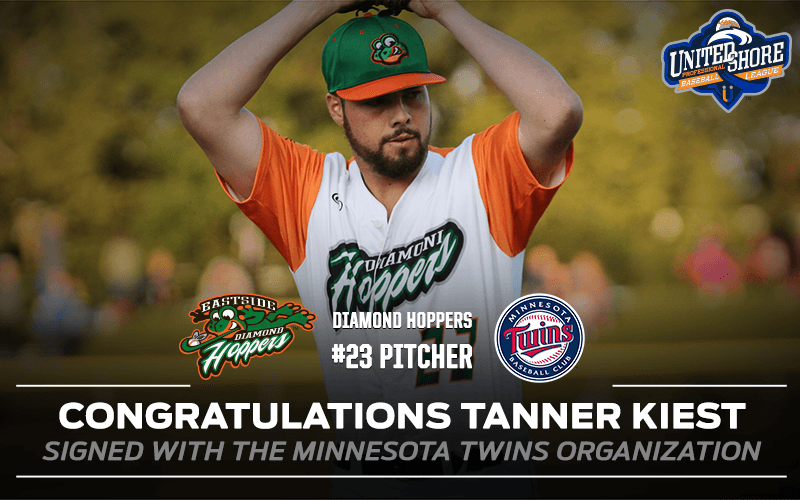 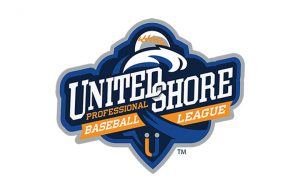 ROCHESTER, Mich. – December 18, 2017—The United Shore Professional Baseball League (USPBL) today announced that Tanner Kiest, a pitcher for the Eastside Diamond Hoppers, has been signed by the Minnesota Twins organization.  Kiest is the fourth USPBL player signed by the Minnesota Twins in 2017, and he is the 20th USPBL player to be signed by a Major League organization since the start of the USPBL’s inaugural season in 2016.

Kiest, a 23 year old, 6’3”, 200 lb., right handed pitcher from Yucaipa, California, appeared in 11 games with 87 strikeouts in just 48 innings pitched for the Eastside Diamond Hoppers during the 2017 baseball season.  Kiest also set the USPBL record for the fastest pitch thrown in a game at 99 mph.  Kiest played his collegiate career at Riverside Community College in Riverside, California.

Kiest attributed his success to his experience in the USPBL, saying, “The 2017 USPBL season was hands down the best experience of my professional baseball career.  I would like to personally thank the league for an unmatched opportunity to showcase my pitching ability and for developing me into the person / player that I am today.  I want to thank my Manager Paul Noce for signing me early in 2017 and for his belief in me as well as his support throughout the season.  I’d also like to thank Ed Campanielo, the Hoppers assistant coach, during the season for his guidance. Lastly, and certainly not least, I’d like to thank [USPBL Director of Baseball Operations] Justin Orenduff and his first class DVS [Delivery Value System throwing] program, which is something I will continue to embrace as I embark on the next chapter of my career with the Minnesota Twins organization.”

Justin Orenduff, USPBL Director of Baseball Operations, said of Kiest, “Of all the pitchers that have been a part of the USPBL, Tanner is one of the most talented pitchers we have seen. When you combine his competitiveness, work ethic, and a mid to high 90’s fastball, you have a pitcher with a very high ceiling. During Tanner’s time in the USPBL, he learned how to make adjustments to his mechanics to help him become more consistent in games. This ultimately led him to pitch deeper into games, increase his strike percentage, and ultimately increase his value to become an MLB Prospect.”

Rochester, MI-based General Sports and Entertainment founded the United Shore Professional Baseball League (USPBL), an independent professional baseball league, in Metro Detroit in 2015.  The league plays in the new, state-of-the-art $16 million ballpark named Jimmy John’s Field located in downtown Utica, Mich.  The first of its kind for the region, the USPBL provides a fun and exciting family atmosphere while showcasing top baseball talent from across the country and world to fans of all ages.  The USPBL currently features four teams – the Utica Unicorns, the Eastside Diamond Hoppers, the Birmingham Bloomfield Beavers, and the Westside Woolly Mammoths.  The USPBL’s 2018 baseball season will begin on May 11, 2018 and will run through September 9, 2018.  Additional teams and ballparks will be added in future years.