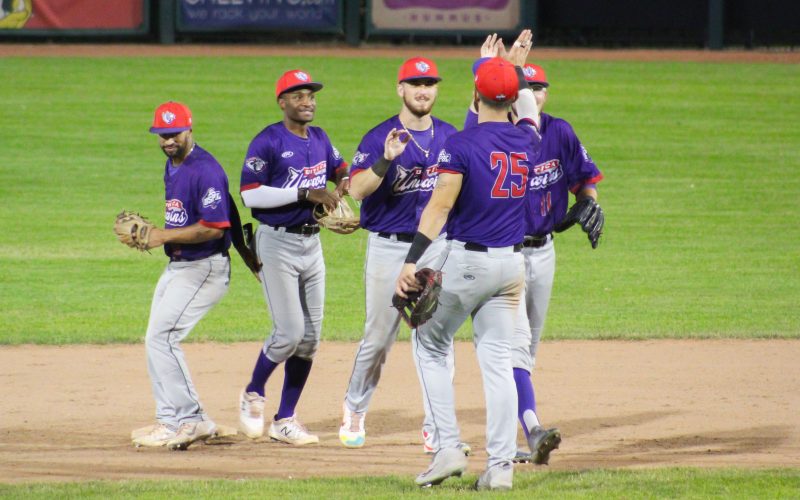 UTICA, Mich. – The Utica Unicorns (21-9) took the victory 7-6 over the Westside Woolly Mammoths (10-19) in sudden death overtime for Game 1 of Saturday night’s doubleheader.

Drue Galassi earned Player of the Game after batting in the game-winning run for the Unicorns. Galassi also went 2-for-3 on the night. First baseman Ari Sechopoulos went 2-for-2, scored two runs, and had three RBIs. Starting pitcher Jake Fiorito tossed 4.0 innings, scattering six hits and striking out three.

Designated hitter Greg Vaughn Jr. and infielder Bryan Leef each had a hit for the Mammoths. Houston Parker went 1-for-2 and had two RBIs. Starting pitcher Devin Beckley threw 5.0 innings, striking out five and walking two.

Tomorrow the Eastside Diamond Hoppers will take on the Birmingham Bloomfield Beavers on Superheros Day. Fans will have the opportunity to take pictures with their favorite superheros around the ballpark. First Pitch is at 1:05 p.m. Gates open at Noon.