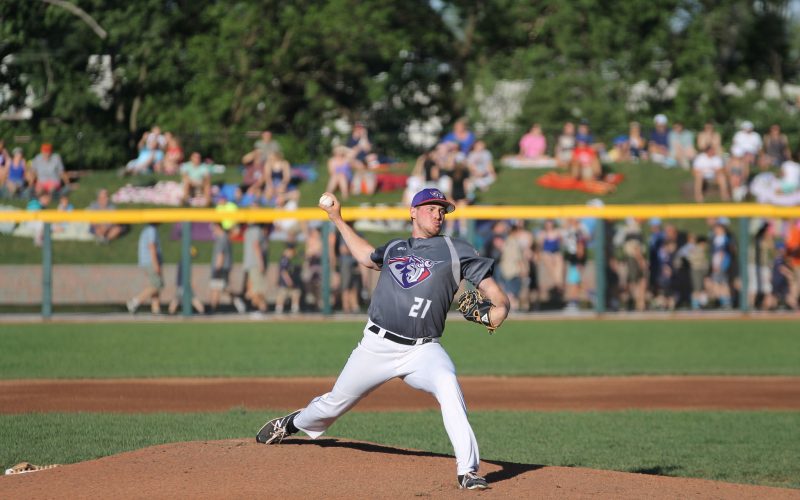 Utica — Donny Murray threw seven innings of one-run baseball and Nicco Lollio was 2-4 with three RBI’s in the Utica Unicorns 4-1 victory over the Westside Woolly Mammoths.

Murray scattered five hits and struck out seven in his outing. He is now 3-0 with a 2.40 ERA on the season.

“I felt great and things were working well early,” Murray said. “I was able to stay in the low 90’s for most of the game, so I was pretty happy about that.”

Lollio gave the Unicorns an early 1-0 lead with an RBI single to center field. After the Mammoths came back to tie the game at one on a sacrifice fly by Alex Abbott, Lollio’s two-RBI double in the bottom of the fourth inning gave the Unicorns a 3-1 lead.

“To start the year, most of my hits were to right field, so I was really trying to work on letting the ball get deep,” Lollio said about his approach.

The Unicorns fourth and final run came on a fielder’s choice by Brandon Rawe in the seventh inning.

Chris Cruz and Clay Ardeeser were each 1-3 with a run scored in the Unicorns victory.

“Donny pitched excellent,” Unicorns Manager Jim Essian said. “Nicco is swinging it well and he’s one of our leaders in producing runs.”