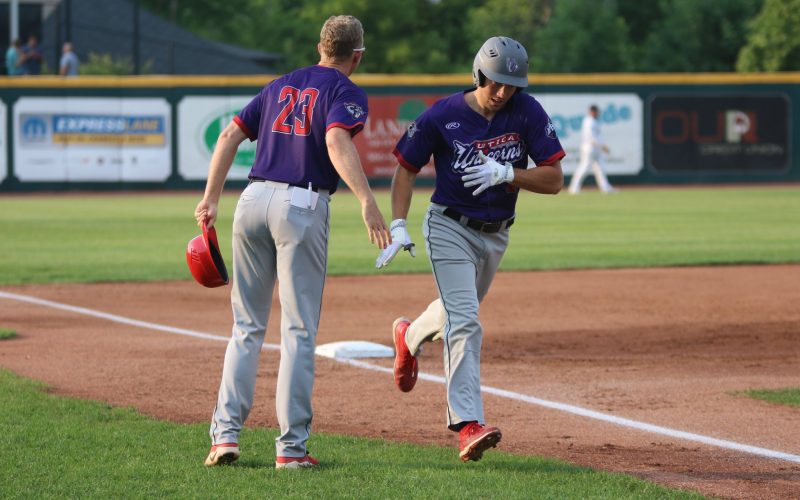 Unicorns Rally For 6-4 Win Over Beavers

UTICA, Mich. – Ashton Bardzell went 2-for-5 with a home run and two RBIs and the Utica Unicorns (17-15) scored three runs in the top of the ninth inning to defeat the Birmingham Bloomfield Beavers (17-14), 6-4, on Thursday at Jimmy John’s Field.

Right-handed pitcher Donald Goodson made the start for the Unicorns, tossing 7.0 innings and striking out five and touching 96 miles per hour. RHP Bobby Kametas (1-0) made his USPBL debut tonight, throwing a scoreless eighth inning for the win and RHP Nolan Clenney earned his second save of the season with a perfect ninth. 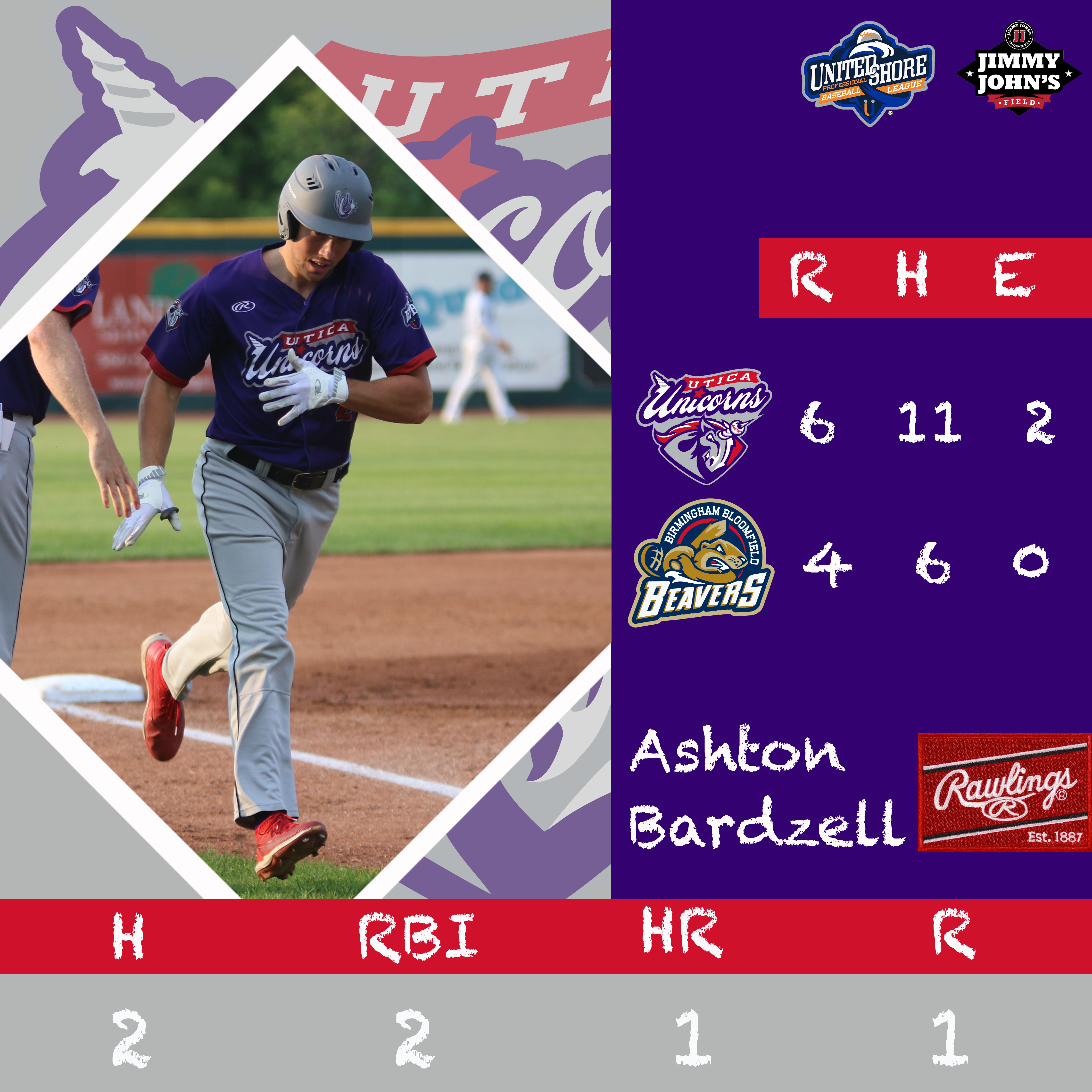 Adrian Guzman and Kyle Bonicki each went 2-for-3 and scored two runs for the Unicorns. Utica is now just a half-game back of the Beavers for first place in the standings.

RHP Garrett Christman tossed 6.0 strong innings, striking out a season-high seven in a no decision. Nate Grys smacked his first home run of the season and drove in two runs for the Beavers, while Ross Haffey had some help for his seventh dinger of the year. He is now tied for the league lead in home runs.

The Unicorns will take on the Eastside Diamond Hoppers on Friday night at 7:05 p.m. It’s Fireworks Friday, presented by Metro by T-Mobile, and gates open at 6 p.m.