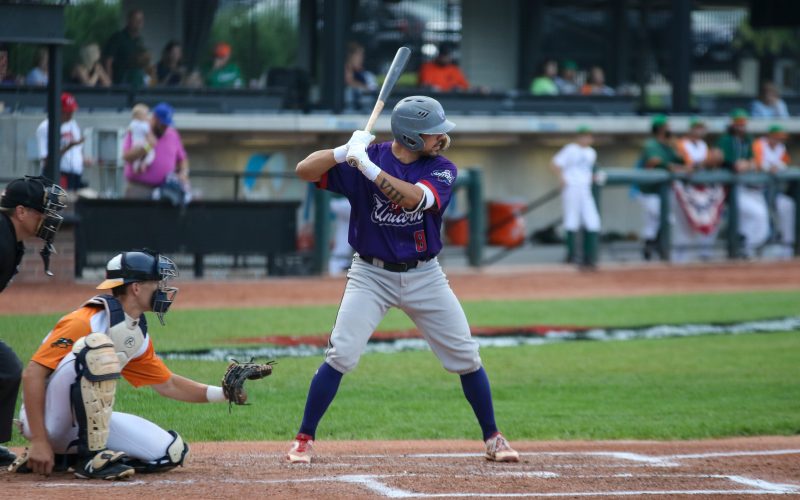 Malik Blaise homered and went 2-for-3 with two RBIs and scored two runs. Collin Ridout finished 2-for-4 and drove in two runs, while Kyle Orloff homered as well. Ridout has a hit in 19 of his last 21 games for the Unicorns. 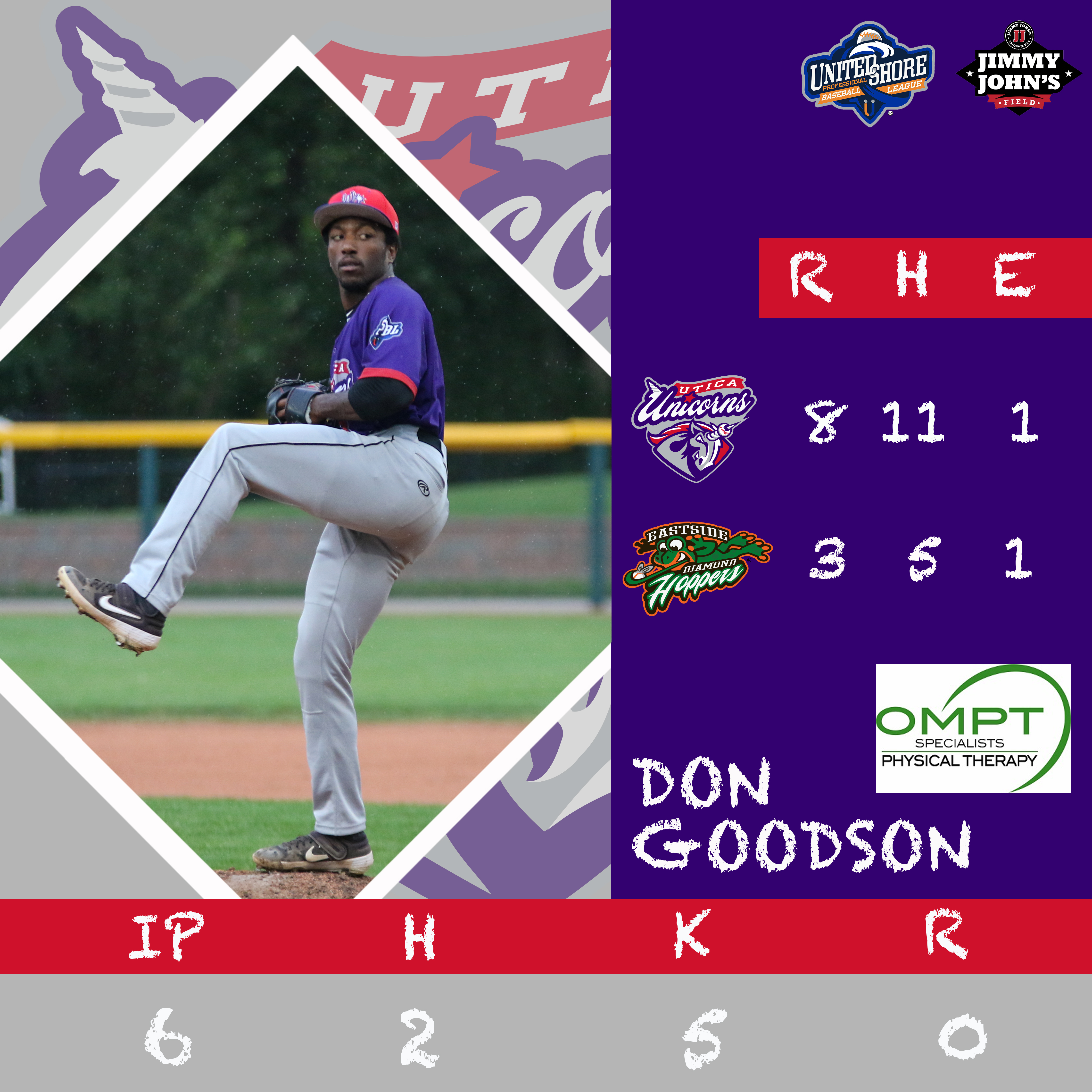 Eastside Diamond Hoppers Pat Adams hit his fourth home run of the season and finished 2-for-5 with three RBIs. He has reached base in 44 of 47 games played this season.

The Unicorns are one win away from clinching the No. 1 seed and automatic bid to the USPBL Championship Game on Sunday, Sept. 8. They will take on the Westside Woolly Mammoths (26-21) on Saturday night at Jimmy John’s Field.