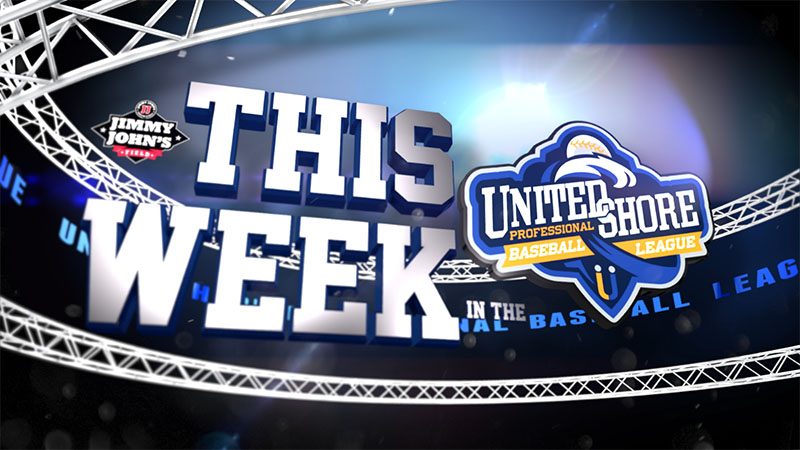 This Week in the USPBL – Episode 1

ROCHESTER, Mich. – The United Shore Professional Baseball League produces a weekly show every Tuesday during the season (May 10-Sept. 8) that touches on the highlights from the previous weekend’s games and previews what’s next at Jimmy John’s Field in downtown Utica. The show includes highlights, testimonials and upcoming promotions.

The Eastside Diamond Hoppers jumped out to a 2-0 start thanks to strong pitching performances from right-handed pitchers Luis Contreras and Noah Gotsis. Contreras earned USPBL Player of the Week honors after striking out 10 in 5.0 innings on Opening Day, and Gotsis tossed 5.0 scoreless innings and fanned six on Sunday.

The Utica Unicorns split their games over the weekend as top pitching prospect Donald Goodson worked 4.0 innings and struck out four. Daniel Williams hit the first home run of the season to dead center field to drive in two runs for the Unicorns in their win.

USPBL games are played at Jimmy John’s Field and fans can purchase tickets as low as $6 (lawn seats) or $12 (grandstand tickets) here.