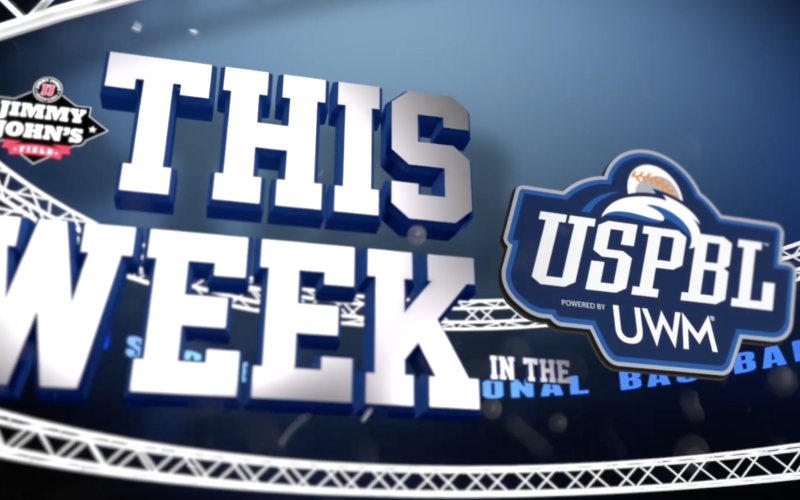 ROCHESTER, Mich. – The Utica Unicorns and Birmingham Bloomfield Beavers sit atop the USPBL powered by UWM standings as the race for the top seed in the playoffs is heating up to highlight This Week in the USPBL.

The Unicorns had a special week, hitting at least one home run in every game they played. Drue Galassi hit two, and Malek Bolin and Ari Sechopolous each added one to their season total. The Unicorns currently have a 4.5 game lead over the Beavers.

North Carolina native Dakota McFadden continues to put up amazing numbers for the Beavers. The Home Run Derby Champion leads the league with a .409 batting average and a .471 on base percentage.

The Mammoths’ Collin Ledbetter recently transitioned into the starting rotation. He leads the league with a 1.33 ERA and struck out seven batters in his start last Friday night.