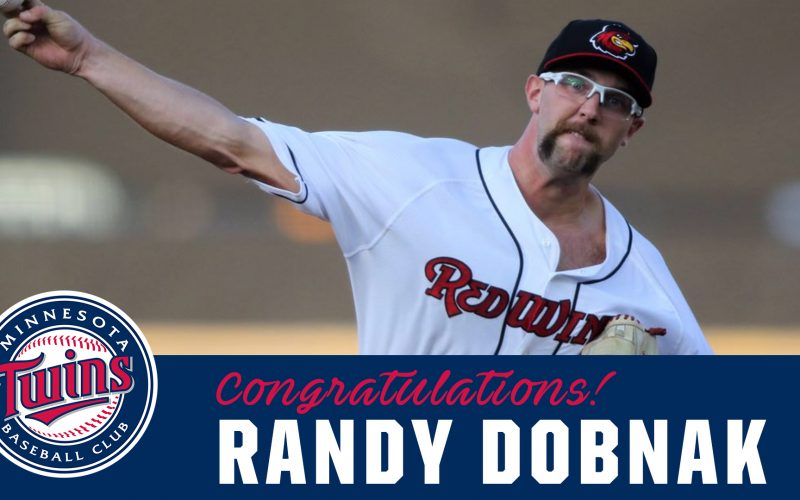 ROCHESTER, Mich. – Former Utica Unicorns pitcher Randy Dobnak has been called up to the Minnesota Twins, announced by the league office on Thursday. Dobnak pitched for the Unicorns during the 2017 season and has moved up through the Twins organization over the last two years.

“Randy getting promoted to the big leagues embodies everything the USPBL stands for,” said Director of Baseball Operations Justin Orenduff. “Jim Essian found an undrafted yet highly-skilled pitcher from a Division II college. The USPBL gave him an opportunity to pitch and develop and over his seven-week stint in the USPBL, Randy distinguished himself as the best starter in the league. It’s great to see the initial vision of Andy Appleby, Brian Berryman and all of our staff come to fruition.”

Dobnak pitched six games for the Unicorns in the 2017 season with 29 strikeouts in 35 innings pitched. He finished with a 3-0 record and a 2.31 earned run average.

“When we started this league with players that most people wouldn’t recognize, our vision was to be able to improve each player and to market them to all 30 MLB teams,” said Founder, Owner and CEO Andy Appleby. “We wanted to provide an opportunity for these players who had not been drafted to continue to play and develop after college. In a short time, our model has proven to be very successful, and we could not be happier for Randy and his family. The USPBL is truly a developmental league for Major League Baseball, and we hope that Randy is just the first of many players who will be able to fulfill their dream of making it to the Majors. While our ballpark offers nonstop entertainment and value for fans, it also is a place to see future major leaguers.”

In Triple-A with the Rochester Red Wings, Dobnak was 4-1 with a 2.00 ERA and struck out 27 in 36.0 innings pitched. He was named Pitcher of the Week after his performance last week and was an impressive 11-3 in minor league baseball this year. This marks his third promotion this season (Double-A, Triple-A, MLB).