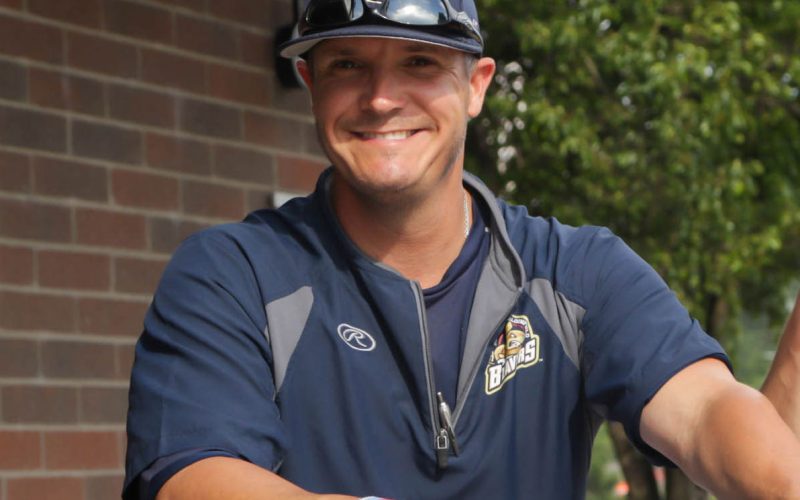 ROCHESTER, Mich. – The United Shore Professional Baseball League is happy to announce the promotion of former Birmingham Bloomfield Beavers’ Manager Chris Newell, who has joined the New York Mets organization as Field Manager for the Kingsport Mets in the Appalachian League.

“It was an honor and still is to have been named the USPBL’s first ever Manager. First and foremost, I’d like to thank Andy Appleby for believing in me and trusting me to represent his league the right way both on and off the field. He trusted me to bring in the right players and we certainly did that. I’d like to thank all of my players for not only giving me their very best each and every day, but for also being people who the young fans could look up to on a daily basis! They set the bar very high and created a culture that all professionals should strive to be like. They are the biggest reason for this wonderful new opportunity that I have with the New York Mets Organization. I will always cherish my time as the Skipper of the Birmingham-Bloomfield Beavers, as well as Andy’s friendship. Andy’s vision has provided so many opportunities for so many people, and I’m very proud to be living proof,” said Newell.

Newell, a Waterford native, has been in professional baseball since 1997 as a player, manager and scout. After a successful college career, Newell played parts of two years in professional baseball in 1997 and 1998. Following his playing career, Newell began a career as a professional scout, coaching and private baseball instructor.  Through his private instruction, Newell has trained 44 players who have either been drafted professionally or signed professional contracts. His former students include MLB All-Star and 2016 National League Batting Champion DJ LeMahieu and Tampa Bay Rays’ draftee, Jacob Cronenworth.

“I’m very happy for Chris and this terrific opportunity.  Chris had 10 players sign big league contracts while he was with the USPBL, and I know he will continue to succeed with the New York Mets Organization” said USPBL Founder, Owner and CEO Andy Appleby. “The USPBL is leading when it comes to overall development of baseball players and coaches. We are not only signing players to MLB organizations, but our coaches are advancing as well. We are a stepping-stone to the big leagues, and Chris now joins numerous other former USPBL players and coaches who have taken that next step.”