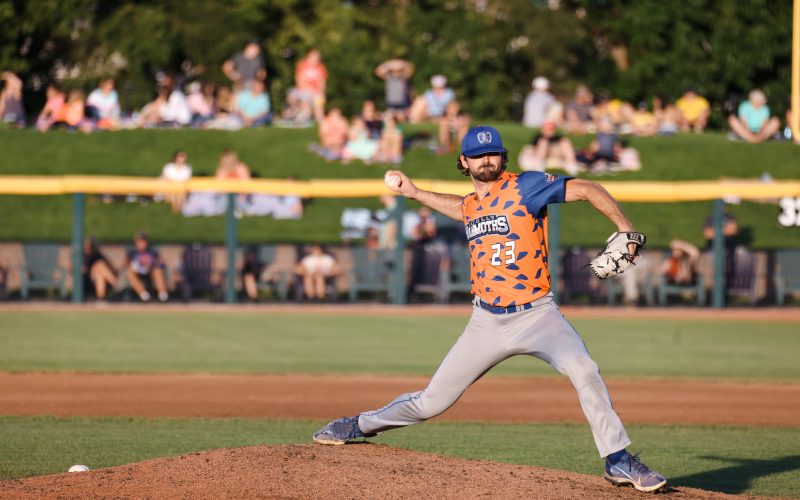 Mammoths Get The Win, Defeat Unicorns, 3-2

Utica, Mich. – The Westside Woolly Mammoths (13-20) were able to hang on to the lead and defeat the Utica Unicorns (22-11) 3-2 on Friday night’s Fireworks Spectacular at Jimmy John’s Field.

First baseman Elijah Brown, shortstop Connor Bagnieski, and right fielder Connor Emmet scored all the runs for the Mammoths. Newcomer Sam Soda went 2-for-3 and had one RBI. Starting pitcher Collin Ledbetter tossed 6.0 innings, striking out five and allowing two runs. His performance earned him Player of the Game. 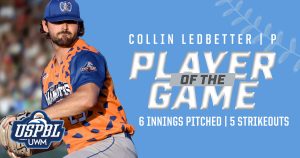 Designated hitter Noah Childress and shortstop Luis Atiles batted in all the runs for the Unicorns. Atiles also went 2-for-3 and scored one run on the night. Jake Fiorito started on the mound, striking out three and walking one in 5.0 innings of work.

Tomorrow is Diva Night at the ballpark as the Birmingham Bloomfield Beavers take on the Eastside Diamond Hoppers for a doubleheader. Fans can listen to live music from the sound stage and throughout the ballpark as Vanessa Carr performs the top hits of some of the most famous divas in music. First Pitch is at 5:30 p.m. Gates open at 4:30 p.m.