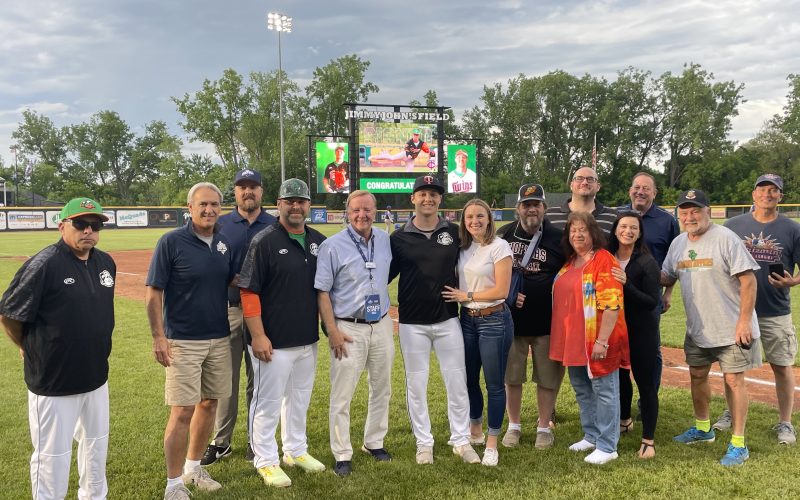 Right-handed pitcher Pierce Banks stole the show as it was announced that he signed a contract with the Minnesota Twins during the second inning of the game. Banks is now the 46th USPBL player to sign a contract with a Major League Organization.

Christian Dearman picked up his first win of the season coming in relief for the Mammoths. He tossed 3.1 innings, giving up no hits a fanning seven. Houston Parker hit his first home run of the season.

Alex Pup finished the night 2-for-5, and scored one run. Juan Lopez-Rios also hit his first homer of the 2022 season.

Tomorrow, the Unicorns take on the Mammoths on Sunday Fun Day including Bark in the Park presented by Happy Tails Learning Center for Dogs. Gates open at Noon; First pitch is at 1:05 pm.