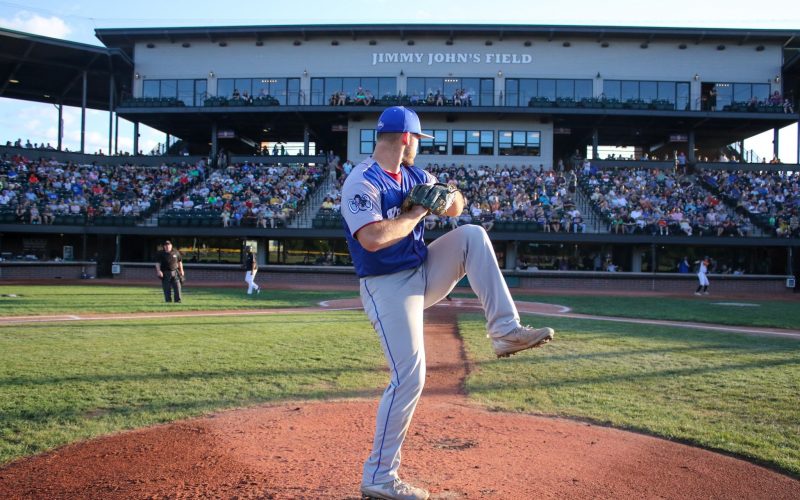 UTICA, Mich. – Ethan Wiskur crushed two home runs and right-handed pitcher Matt Cronin improved to 5-0 on the season to lead the Westside Woolly Mammoths (21-18) over the Eastside Diamond Hoppers (14-25), 8-4, in front of a sold out Jimmy John’s Field on Friday night. 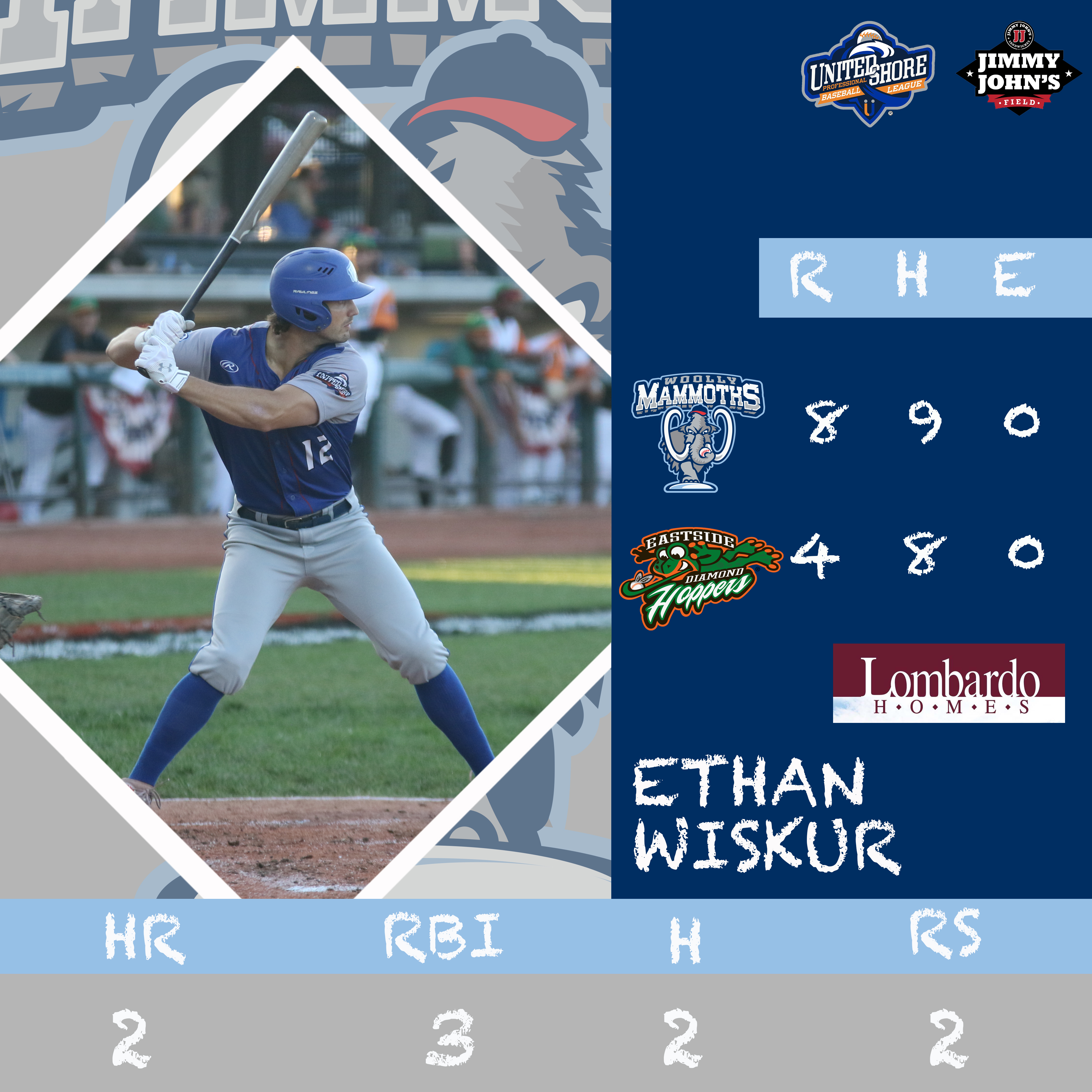 The Diamond Hoppers’ Pat Adams continued to increase his USPBL single-season record in walks with two tonight, pushing his season total to 41. He finished 1-for-2, with two runs scored and has reached base safely in 40 of 41 games played. Freddy Jehle went 3-for-3 for the Hoppers and drove in two runs.

Everybody at @uspbl opens the doors to baseball fans with such a warm welcome. @DerySpeaks is the best. Great being with him on an awesome Friday. pic.twitter.com/VArrX1Pxzp


The Woolly Mammoths will host the Utica Unicorns (21-17) in a first-place showdown on Saturday night at 7:05 p.m. Gates open at 6 p.m. for the World Famous ZOOperstars! and Metro Detroit Chevy Dealers Family Campout.

While the game was going on tonight, former Utica Unicorns pitcher Randy Dobnak made history with his debut with the Minnesota Twins at Target Field. The right-handed pitcher tossed 4.0 scoreless innings against the Cleveland Indians.