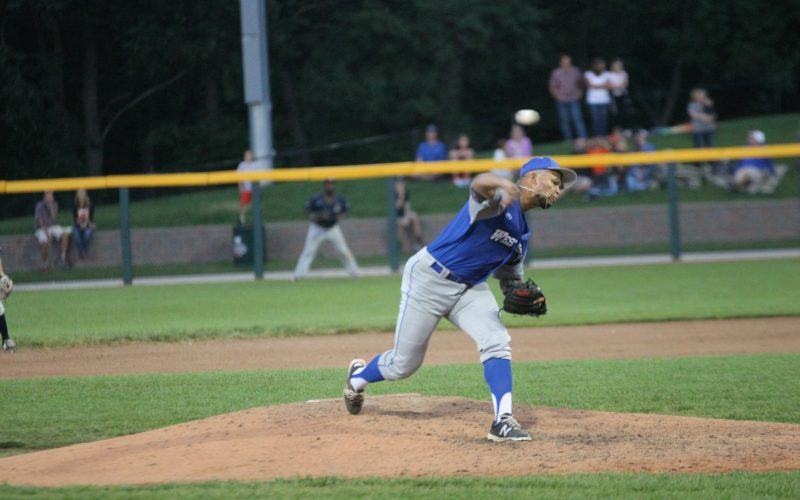 Wilson was dominant in the Home Run Derby as he blasted home runs off the scoreboard throughout the competition.

In the final round, he went head-to-head with Diamond Hoppers outfielder John Menken. After Menken hit eight homers, Wilson came up and won the competition on his last swing.

Mammoths relief pitcher Corey Kimber was named the All-Star Game MVP. In one inning pitched, he struck out all three batters he faced in the seventh inning.

“My velocity felt great and my arm felt really good,” said Kimber. “It’s a great feeling when you strike out the side.”

In the top of the first inning, Nic Wilson hit a shot to left-center field, but John Menken went over the fence to rob Wilson of a two-run home run.

The scoring was opened in the top of the second inning when DJ Martinez hit a two-RBI single to give the West a 2-0 lead.

“It was nice to see DJ Martinez square up a couple balls in an environment like this,” Beavers Manager Chris Newell said.

The East pulled within one after an RBI double from Chris Cruz. Following the double, Brett Balkan hit an RBI groundout to tie the game at two.