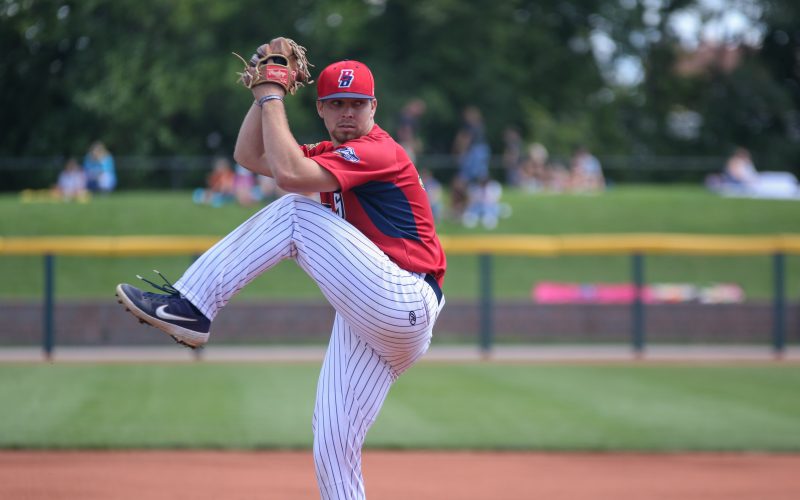 UTICA, Mich. – Adam Gauthier went 3-for-5 with a home run and four RBIs, and right-handed pitcher Chris Crosby (1-1) earned his first win in the United Shore Professional Baseball League, throwing 6.0 innings and struck out three to lead the Birmingham Bloomfield Beavers (22-21) past the Westside Woolly Mammoths (25-21), 7-2, on Sunday in front of a packed Jimmy John’s Field.

The Beavers scored four runs in the first inning, highlighted by a three-run home run by Gauthier. Nick Campana finished 2-for-3, with a double and run scored, while Adan Ordonez went 2-for-4 with one RBI and made some solid defensive plays at third base. 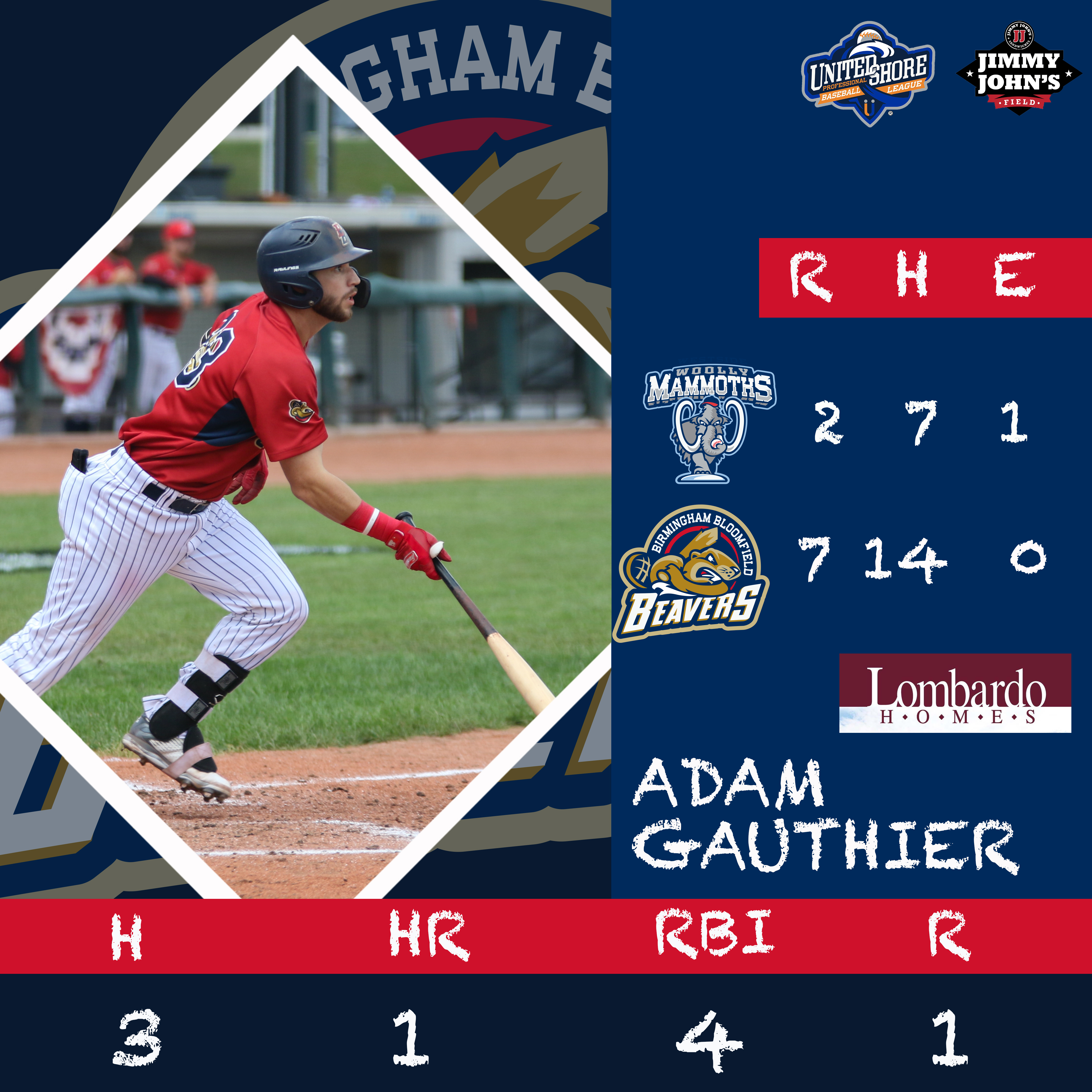 Westside’s Ethan Wiskur blasted his league-best 12th home run of the season, which is tied for third in single-season history. Wiskur, a native of Clio, Mich. and the reigning Co-MVP of the USPBL, has 24 career dingers and needs just one more to tie the all-time record.

The final week of the regular season will feature games Thursday-Sunday at Jimmy John’s Field. Championship Weekend will run Sept. 6-8, as the Utica Unicorns hold the top spot in the standings at 26-20, just one game ahead of the Woolly Mammoths.