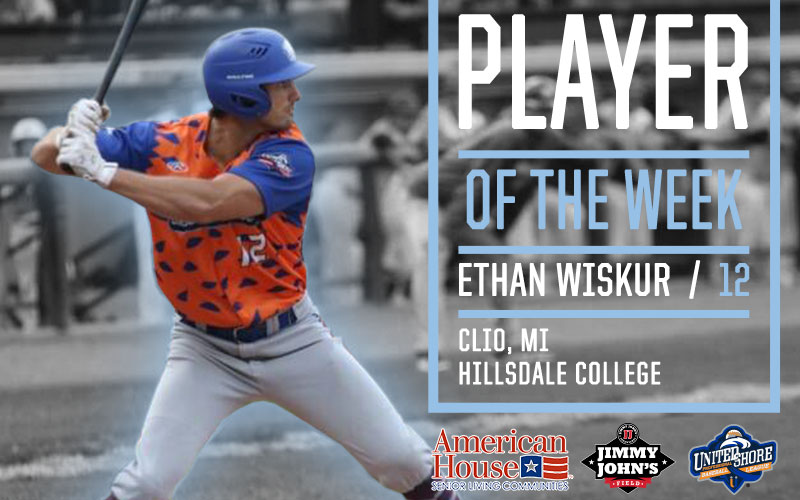 Ethan Wiskur Repeats as USPBL Player of the Week

ROCHESTER, Mich. – Westside Woolly Mammoths Ethan Wiskur was named as the United Shore Professional Baseball League American House Player of the Week for the second consecutive week, announced by the league office on Monday. Wiskur becomes the first player to earn the honor in back-to-back weeks and for the third time this season (5/21, 8/20, 8/27).

Wiskur led the Woolly Mammoths to a pair of victories over the Eastside Diamond Hoppers over the weekend by slugging three home runs and going 5-for-9, driving in five runs. He hit consecutive home runs in the third and fourth innings on Friday night in a 14-1 rout over the Hoppers.

There are just seven games left in the 2018 USPBL season. This weekend will be the final regular season games, with Championship Weekend coming on Sept. 7-9. The USPBL will recognize the amazing Little World Series run by Grosse Pointe Woods-Shores on Saturday, Sept. 8.