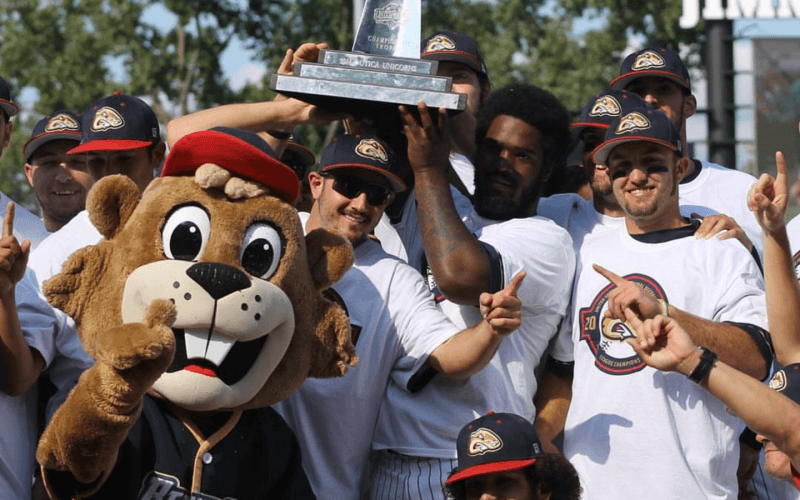 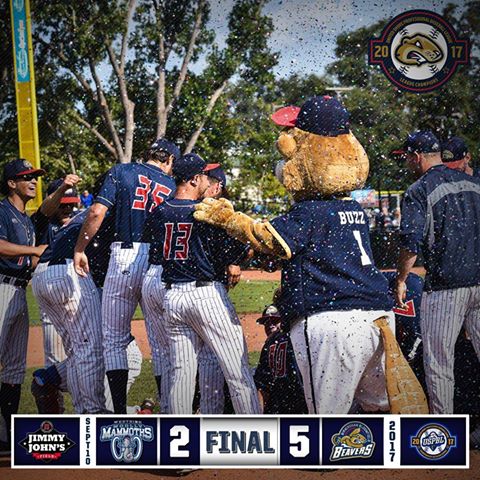 Utica, MI – The Birmingham-Bloomfield Beavers and the Westside Woolly Mammoths put on a spectacular show at Jimmy John’s Field in the 2017 USPBL Championship Game on a beautiful day this Sunday, September 10th, 2017. Beavers ace Randy Wynne led his team and they were able to produce big runs. The Beavers won the game 5-2 and coming off last years Championship loss, this one felt good.

“I put my club together to win a Championship. I knew that if I had the right players in here we would accomplish every goal I wanted,” Beavers Manager Chris Newell said.

The Beavers finished the regular season with the best record but that wasn’t enough. They consistently dedicated themselves to progressing on and off the field and in turn they were rewarded with the Championship trophy.

Despite the injuries and key pieces of their team not in the lineup, they were everything but absent. One of these members includes DJ Martinez, the Beavers starting shortstop for the 2016 and 2017 season. Martinez went down with a hamstring injury in the later part of the season and was inactive for the Championship game.

“He was our third coach today and he deserves it more than anybody,” Newell said about his shortstop. Martinez may be the epitome of what this Beaver team stood for and that was their heart. They never once flailed their arms and wondered why something went wrong but how they could fix it. So they turned to their best arm in Wynne to inflict a purpose and send a message to the league.

Wynne pitched a complete game and recorded a record-setting 14 strikeouts.

“The strikeouts are nice, but as far as the numbers go, it’s not really about that for me. It is about controlling the game,” Wynne said.

The game was in his control from the beginning and there was no looking back. After falling to the Unicorns in the 2016 USPBL Championship, Wynne was fortunate enough to have run support from his team this particular game. When asked about going back into the ninth inning from Newell, Wynne kept it short and simple declaring, “It’s over.”

The scoring began in the third inning when Thomas Roulis led the inning off with a triple. DonAndre Clark was able to push across the first run with an infield single. The next batter, Brandon Rawe, was able to score Clark on a scorching line drive double to left field.

The Woolly Mammoths tallied two in the seventh inning with an Alex Abbott opposite field two-run home run as he continued to stay hot at the plate. Beavers would quickly regain the lead in there half of the seventh on a clutch RBI single from catcher, Hunter Wood.

The next batter Nicholas Buckner then hit a single to center to score Robert Paller. Paller wasn’t done contributing to the lead as he added an RBI double in the bottom of the eighth to tack on an insurance run for the Beavers.

That was enough for Wynne who confidently went out for the ninth inning to complete his game. He struck out the first two batters of the inning and the rest was history. Wynne got a slow rolling ground ball hit back to him and just like that the Beavers were crowned.

In a league so crucial to the development of players, the Beavers may have been the best candidates to win the Championship on this facet alone. They overcame odds, remained dedicated to a common goal and when it mattered most, they performed. A tip of the hat goes to the Birmingham Beavers as they win the second USPBL Championship and steer the league in the direction it was intended. The final score of the game was 5-2 and Wynne earned the win and the Beavers hoisted the trophy with nothing but pride and a bit of justice.