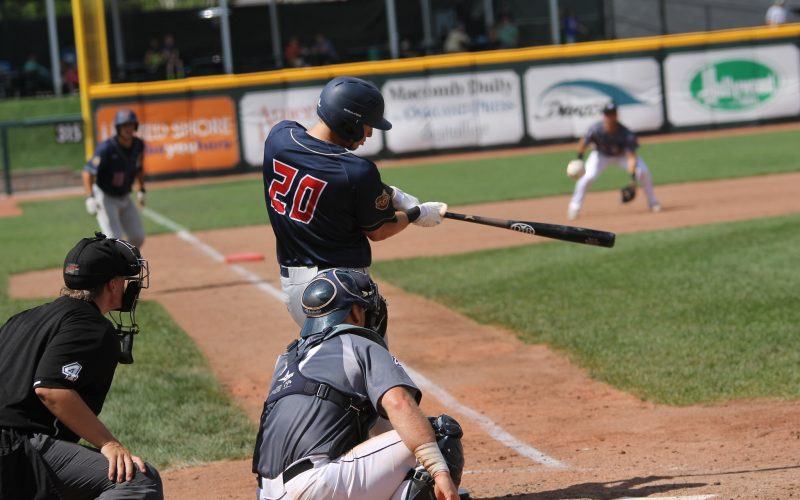 Beavers Come From Behind to Win 7-6

Utica — The Birmingham-Bloomfield Beavers overcame a 2-0 deficit to defeat the Utica Unicorns, 7-6.

Unicorns starting pitcher Donny Murray threw five perfect innings, but a four-run sixth inning from the Beavers made the game much more interesting.

“This was a great team win,” Beavers Manager Chris Newell said. “Guys are starting to settle in, know their roles and believe in themselves.”

The Unicorns got off to a 2-0 lead in the top of the fifth inning on a two-run home run by Chris Cruz. They would add another run later in the inning on an RBI single by Taylor Grzelakowski to make it a 3-0 ballgame.

In the top of the sixth, Brandon Rawe hit a bases-loaded single to score two runs, and Robert Lucido hit a two-RBI single to give the Beavers a 4-3 lead.

The Unicorns retaliated with RBI singles by Mike Rampone and Brett Balkan in the bottom of the sixth to take a 5-4 lead.

The Unicorns lead would not last long as the Beavers took a 6-5 lead in the top of the seventh on a sacrifice fly by Rawe.