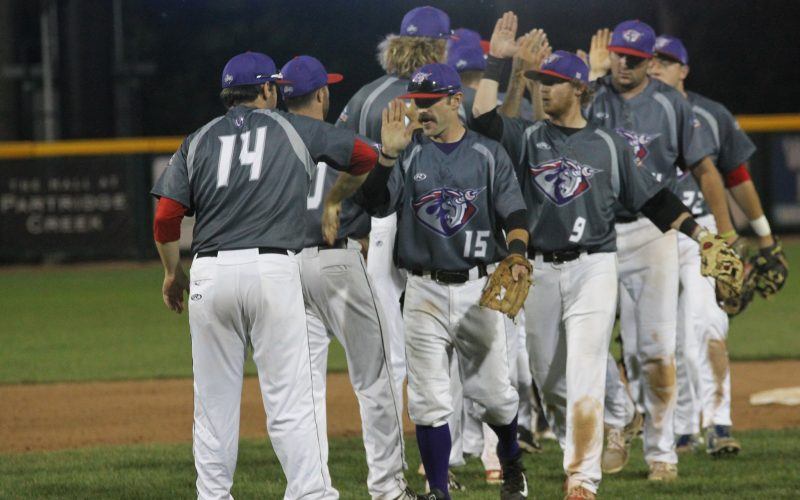 Utica — In the sixth week of the 2017 USPBL season, the Utica Unicorns defeated the Westside Woolly Mammoths and the Eastside Diamond Hoppers to stay at the top of the league standings. The Diamond Hoppers and Birmingham-Bloomfield Beavers also picked up victories this week.

The Eastside Diamond Hoppers defeated the Birmingham-Bloomfield Beavers, 5-3, with help from two-run home runs from John Menken and Mark Krueger.

Krueger also had an RBI single in the first inning and finished the game 2-3 with a walk, a run scored and three RBI’s.

Unicorns shortstop Brett Balkan was 3-5 with a run scored, and right fielder Chris Cruz was 2-4 with a walk and a run scored in their 4-3 win over the Westside Woolly Mammoths.

Mammoths third baseman Kent Blackstone hit a two-run home run in the top of the third inning. Blackstone would finish the game 2-5 with a run scored and two RBI’s.

Clay Ardeeser and Taylor Grzelakowski each had a sacrifice fly for the Unicorns. Relief pitcher Sean Gustin threw a four-out save to secure the victory.

In a slugfest at Jimmy John’s Field, the Utica Unicorns defeated the Eastside Diamond Hoppers, 17-15.

Nic Wilson was 2-3 with two home runs, two walks and four RBI’s, and Kevin Matthews threw six quality innings on the mound in the Birmingham-Bloomfield Beavers 10-1 victory over the Westside Woolly Mammoths.

Conrad Kovalcik was 1-2 with two RBI’s and Alex Maloney was 2-5 with an RBI and a run scored.

Matthews gave up one unearned run and one hit in his outing. He struck out nine Mammoths batters while walking just two.