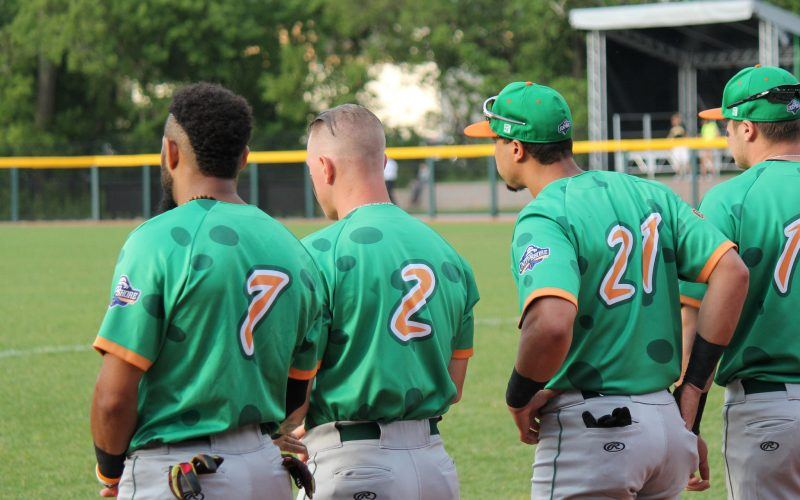 Utica — With two victories in week four of this season, the Eastside Diamond Hoppers have taken sole possession of first place in the standings. The Diamond Hoppers earned victories over the Birmingham-Bloomfield Beavers and the Utica Unicorns.

The Birmingham-Bloomfield Beavers played strong baseball for the first eight innings against the Westside Woolly Mammoths on June 1, but the Mammoths came back with six runs in the bottom of the eighth inning to earn a 6-4 victory.

Mammoths shortstop Jeff Smith was 2-2 with two walks, an RBI and a run scored, and Tyler McVicar hit a two-run home run to give the Mammoths the lead in the eighth.

Chris Power went 4-5 with two RBI’s and Esteban Gomez had a two-RBI triple in the Eastside Diamond Hoppers 10-5 victory over the Birmingham-Bloomfield Beavers.

Jordan Pannell threw 3.1 innings in relief for the Diamond Hoppers and didn’t allow a baserunner in his outing.

Utica Unicorns starting pitcher Donny Murray was dominant in their 7-1 win against the Westside Woolly Mammoths. Murray gave up just one run and struck out eight through seven innings of work.

Taylor Grzelakowski went 2-5 with an RBI and a run scored, and Brett Balkan was 2-4 with two singles and two runs scored in the victory.

In a game dominated by offense, the Eastside Diamond Hoppers defeated the Utica Unicorns, 9-8.

Kam Stewart went 2-3 with a home run, two walks, three RBI’s and a run scored, and Chris Power was 2-2 with two walks, an RBI and two runs scored.

Torey Deshazier threw two perfect innings in relief for the Diamond Hoppers and picked up a six-out save.