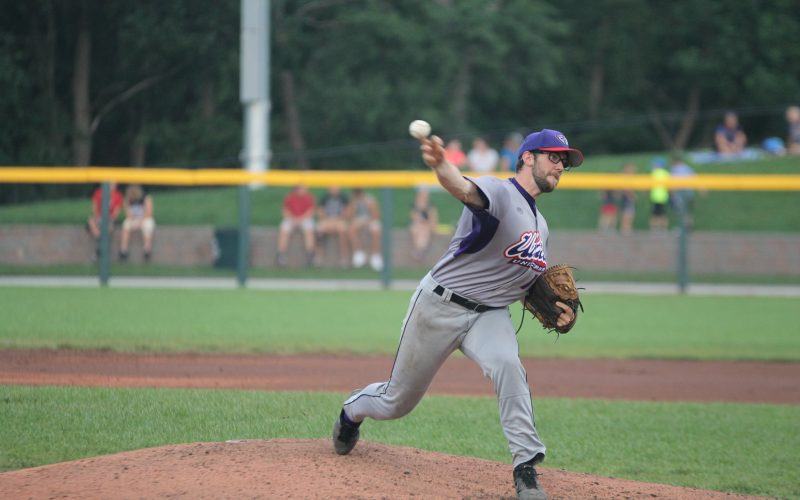 Utica — In the eleventh week of the 2017 USPBL season, each team picked up one win with strong starting pitching. Randy Wynne, Torey Deshazier, Randy Dobnak and the entire Mammoths staff threw the ball extremely well and were big reasons for the successes of their respective teams.

Beavers starting pitcher Randy Wynne threw eight innings on the mound and gave up just two runs to help the Beavers to a 4-2 victory.

Wynne struck out seven batters and didn’t allow a walk in his outing.

Beavers first baseman Nic Wilson was 1-4 with a home run and two RBI’s. Unicorns right fielder Chris Cruz was 2-4 with a triple and Brett Balkan was 2-4 with a double and an RBI.

Torey Deshazier threw 6.2 innings for the Diamond Hoppers and allowed just one run in their 5-1 win over the Mammoths.

Deshazier got the win, allowed just three hits and had seven strikeouts on the night.

Diamond Hoppers first baseman Esteban Gomez was 3-5 with a run scored and designated hitter Mark Krueger was 2-5 with an RBI.

Unicorns starting pitcher Randy Dobnak threw a complete game and led his team to a 9-2 victory over the Diamond Hoppers.

Diamond Hoppers center fielder John Menken was 2-4 with a home run and an RBI.

The Mammoths used five different pitchers to defeat the Beavers, 7-1.

Kent Blackstone was 2-4 with a walk, a run scored and two RBI’s, and Alex Abbott was 2-3 with a run scored in the Mammoths victory.