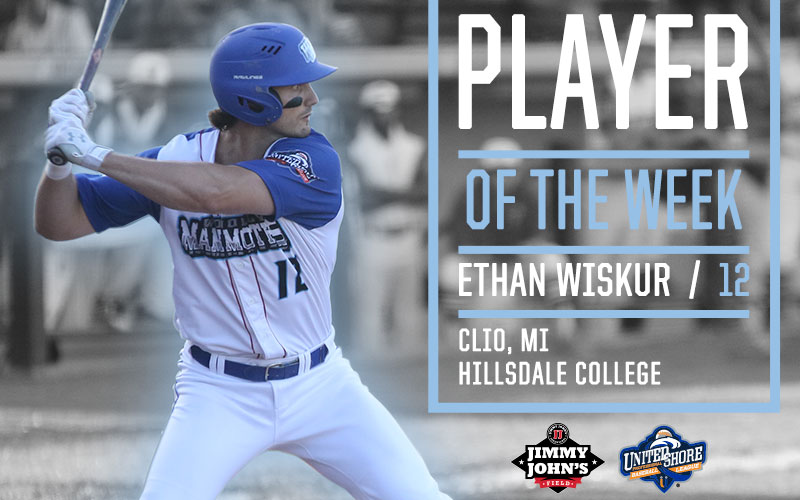 USPBL Selects Ethan Wiskur as Player of the Week

ROCHESTER, Mich. – Ethan Wiskur of the Westside Woolly Mammoths has been named as the United Shore Professional Baseball League Player of the Week, announced by the league office on Monday. Wiskur, a native of Clio, Mich., earns the distinction for the second time this season (5/21, 8/20).

Wiskur led the Woolly Mammoths to a much-needed victory on Saturday night against the then first-place Birmingham Bloomfield Beavers, hitting his fifth home run of the season in a 6-3 win. He followed that up with a three-run home run on Sunday in a tough 7-4 loss to the surging Utica Unicorns.

Wiskur joins Utica Unicorns Dan Ward as the only two players this season to earn USPBL Player of the Week on two occasions.