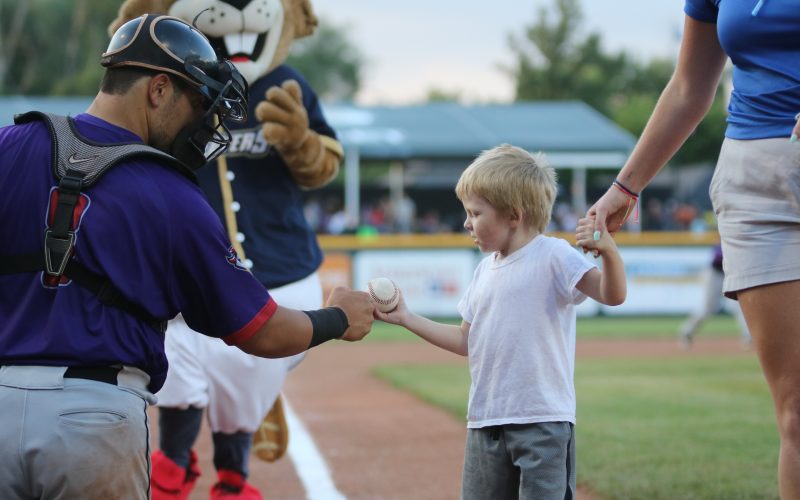 ROCHESTER, Mich. – The United Shore Professional Baseball League will welcome several elite entertainment performers, while also bringing back some of the top captivating acts from previous seasons to highlight this year’s promotional calendar at Jimmy John’s Field in historic downtown Utica, Mich. Opening Day will be on Friday, May 10, and the season will run through Championship Sunday, Sept. 8.

The USPBL produced 61 sell outs in 75 games in 2018, including a single-game attendance record of 4,499. Two players were highlighted on ESPN’s SportsCenter Top 10 plays, and the league had 10 games featured on ESPN3.

Making their debut last season were the USPBL Dance Crews and the most lovable bat dog in the country, JJ The Field General. Both will be performing at all contests again this season and Kids Run the Bases after every game.

Jimmy Buffett Night, Thursday, June 20
Back by popular demand is Jimmy Buffett Night at the ballpark. One of the ballpark’s favorite bands, Caribbean Blue, will perform your favorite Buffett songs and a Pub Crawl with drink specials will be going on all game long. There will also be an opportunity for one lucky fan to win two pavilion seats for the Jimmy Buffett Concert at DTE Energy Music Theatre on Tuesday, July 16.

All-Star Game and Home Run Derby, presented by Rawlings, Saturday, July 6
Come on out and watch the Stars of the USPBL at this year’s All-Star Game. Before the game, catch the power hitters as they battle in the Rawlings Home Run Derby Challenge at 5:30 p.m. for the right to become the USPBL Home Run Champion.

Faith Night, presented by Thrivent Financial, Friday, July 12
Prior to the start of the game, former Detroit professional athletes Andy Dirks (Tigers) and Eddie Murray (Lions) will speak about how faith played an important role in their lives and stick around for a Meet and Greet as the game gets underway. Christian Rock Band Shiny Penny will play a 30-40 minute concert following a Fireworks Spectacular after the game.

ZOOperstars!, Saturday, Aug. 10
Professional Baseball’s most popular act and America’s Got Talent Finalist, ZOOperstars!, will be returning to Jimmy John’s Field for the fourth consecutive year. These hilarious inflatable characters are based on sports figures with an animal resemblance, such as Clammy Sosa, Cow Ripken, and Ken Giraffey, Jr.

Detroit Pistons Night, Saturday, Aug. 24
Join the Detroit Pistons Entertainment teams, including the Pistons Dancers, Drumline, The Extreme Dunk Team, The Pistons Power Squad and Hooper for a night of fun at Jimmy John’s Field. Fans will have the opportunity to win cool Pistons prizes.

Championship Game, presented by OUR Credit Union, Sunday, Sept. 8
The USPBL Playoffs will run Sept. 6-8, in a one-game elimination bracket that culminates with the USPBL Championship Game on Sunday. The first 1,000 fans will receive a rally towel giveaway, presented by Scott’s Lawn Care, and fans can be part of the crowning of a champion. Kids Crafts and Player autographs will be available.

Theme Nights
2-for-1 Wednesdays: Buy one grandstand ticket, get one free for all eight Wednesday night games. There will also be buy one, get one free hotdogs. Fans are encouraged to stick around following the game for player autographs and batting practice on the field.

Thirsty Thursdays: $2 Bud and Bud Lights are back every Thursday night, as well as $5 Craft Beer specials in the Short Hops Craft Beer Garden, located on the third base side of the ballpark. Fans can also enjoy All-You-Can Eat Wings and a 16 ounce craft beer for $15.

Sunday Fun Day: Kids Crafts will be on display every Sunday as well as your favorite characters and superheroes, presented by Fairytale Entertainment.

Family Campout Opportunity
Saturday, July 6 after the All-Star Game, fans can campout, watch a movie and enjoy the stars on Jimmy John’s Field.