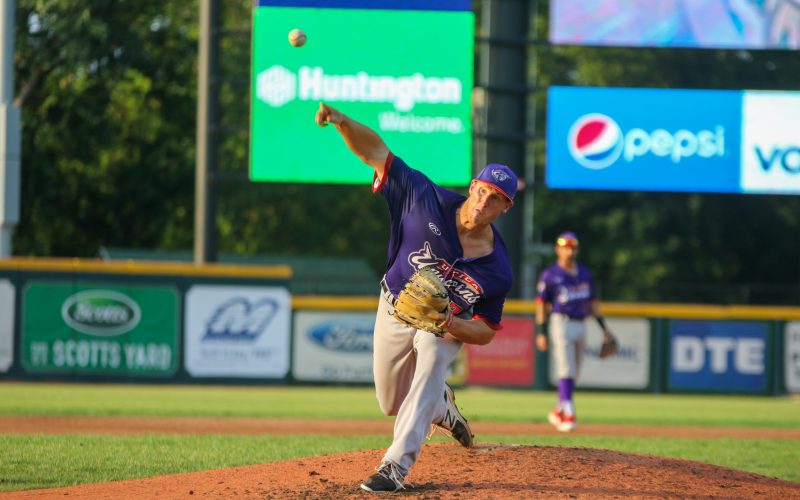 UTICA, Mich. – Right-handed pitcher Ty Hensley tossed 7.0 strong innings, striking out seven and allowed one run, while Kyle Orloff went 2-for-4 with two RBIs to lead the Utica Unicorns (19-17) to a 5-1 win over the Westside Woolly Mammoths (20-17) on Saturday night in front of a lively crowd at Jimmy John’s Field.

Hensley, a former first round draft pick of the New York Yankees, scattered four hits and walked just one in his best start of the season. It was the first time since high school that Hensley tossed 7.0 innings. 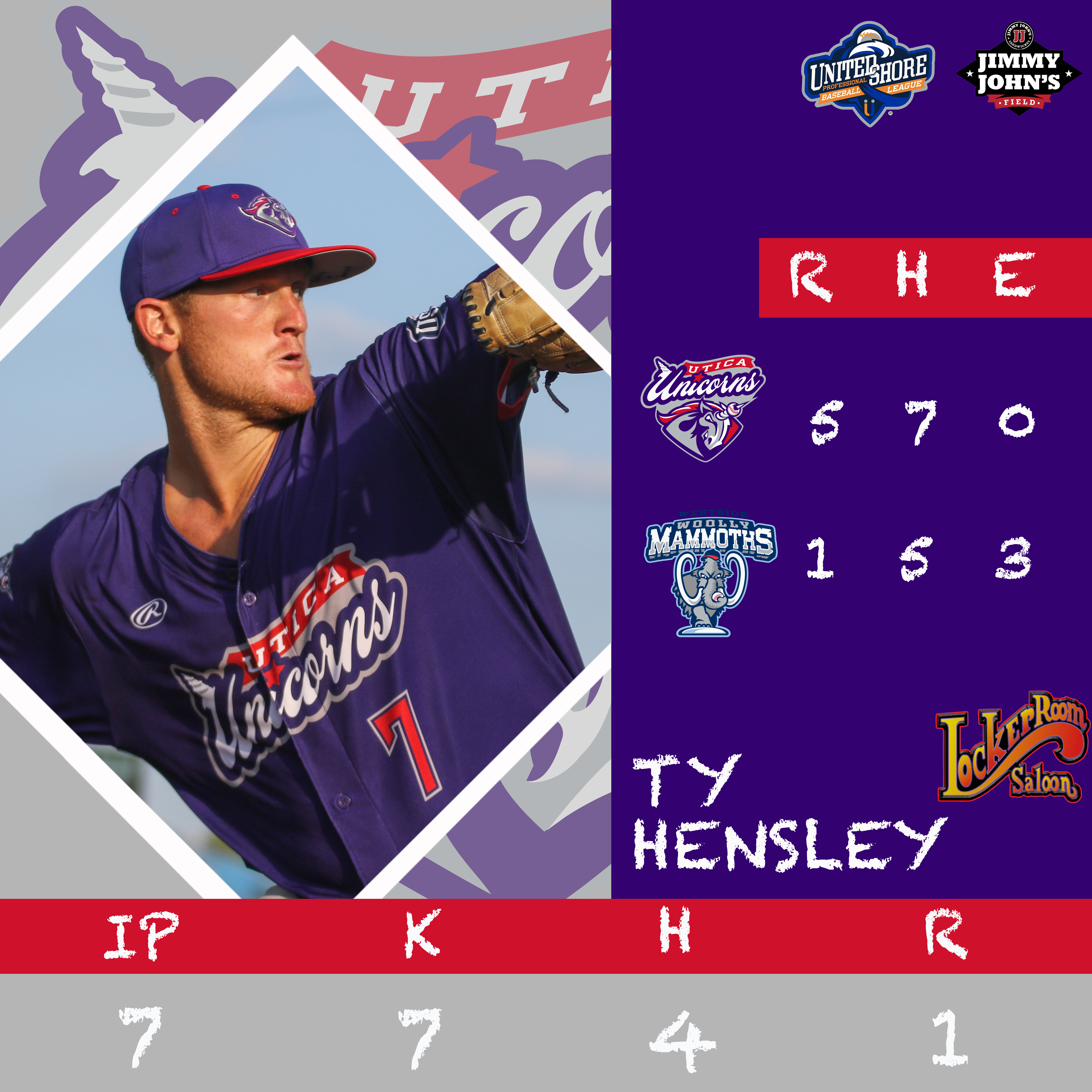 The Unicorns will take on the Eastside Diamond Hoppers on Sunday at 1:05 p.m. Gates open at Noon for Princesses and Pirates Day at Jimmy John’s Field, courtesy of Fairytale Entertainment.