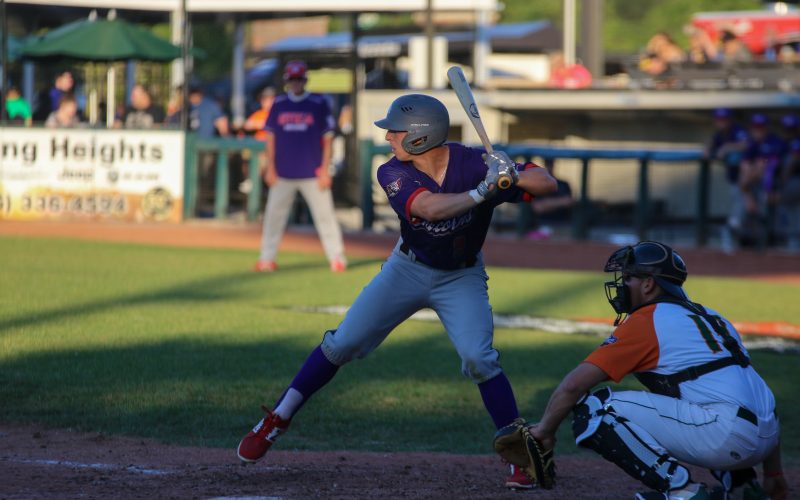 UTICA, Mich. – Daniel Williams drove in the game-winning run in the eighth inning and right-handed pitcher Kyle Olliges pitched 3.0 innings, allowing one run to earn his first save of the season as the Utica Unicorns (11-3) defeated the Eastside Diamond Hoppers (6-6), 3-2, on Friday in front of a sell out crowd at Jimmy John’s Field.

The game featured two of the best pitchers in the USPBL as Donald Goodson and Colby Nealy faced off. Each pitcher worked 5.0 innings, striking out four and three, respectively. Goodson and Nealy left the game with the score tied at 1-1.

Kyle Bonicki gave the Unicorns the lead in the seventh inning on a two-out base hit to right field. Williams followed suit in the eighth inning with a double which proved to be the winning run for the Unicorns. RHP Sam Cottingham-Beard earned the win, tossing a scoreless sixth inning, while shortstop Adrian Guzman led the way with a 2-for-3 performance, scoring two runs. 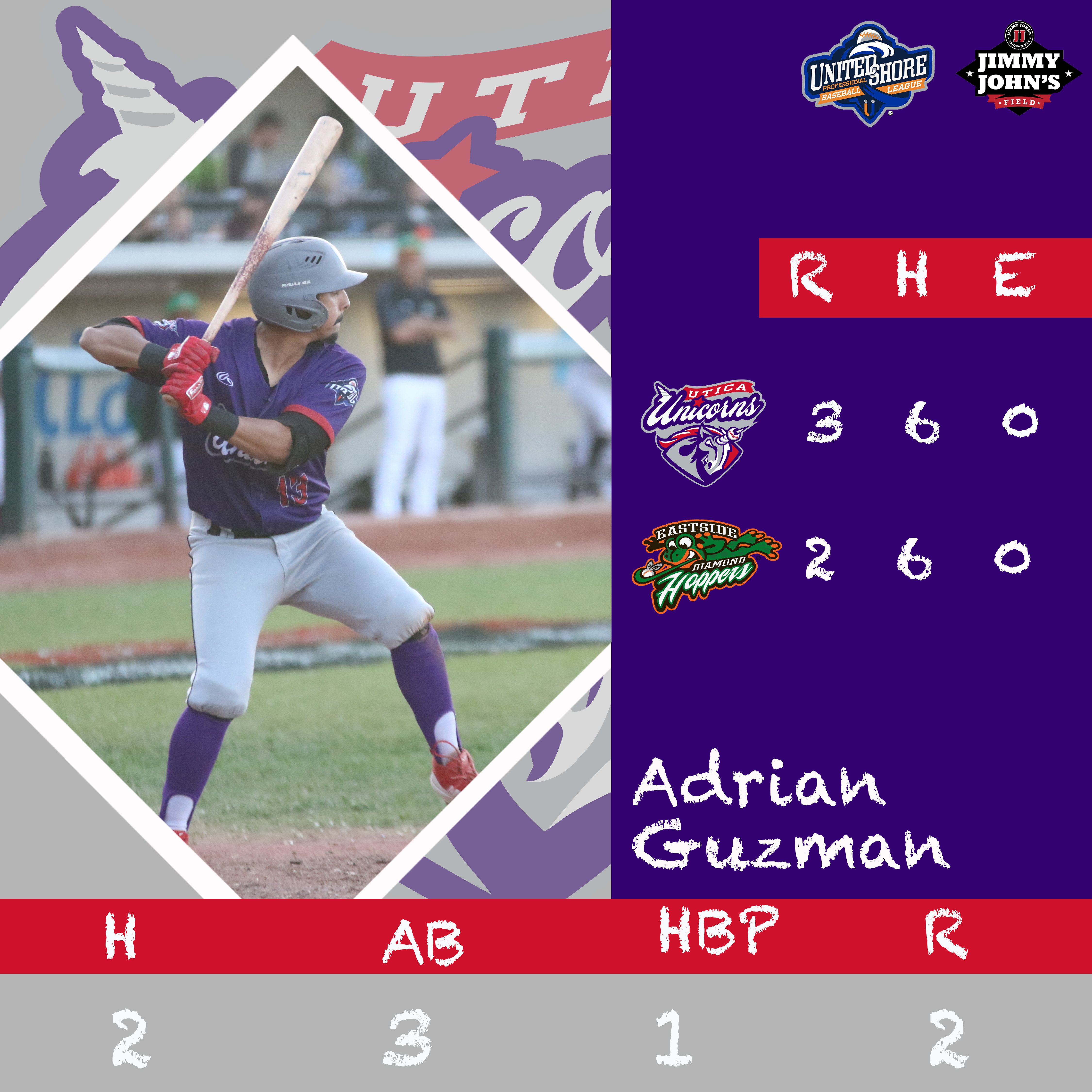 Leading the Hoppers at the plate was Wesley Jones, going 2-for-3 with one run scored and RBI. RHP Nate Sweeney tossed the final 4.0 innings, allowing two runs and fanned four.

Utica is off to its best start in the history of the USPBL at 11-3. The Unicorns have won five of their last six games and hold a 4.5 game lead in the standings over the Diamond Hoppers.

The Hoppers will be in action again on Saturday against the Westside Woolly Mammoths. WCSX Classic Rock Saturday will feature the popular local band The Laughing Madmen and gates will open at 6 p.m. First pitch is slated for 7:05 p.m.