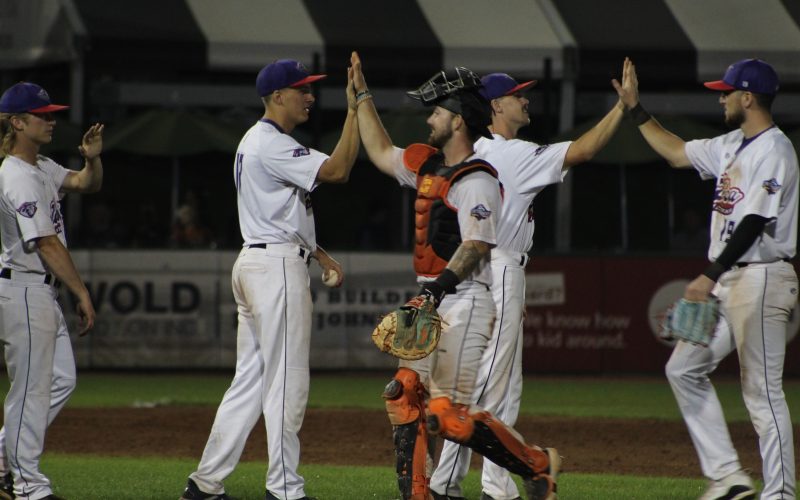 Unicorns Down the Mammoths, 5-2

UTICA, Mich. – First baseman John Pichman went 2-for-3 with one RBI and one run scored to lead the Utica Unicorns (19-9) to a 5-2 victory over the Westside Woolly Mammoths (12-14) on Saturday night at Jimmy John’s Field.

Jon Hodo finished 2-for-3 with one run scored and one RBI for the Unicorns. Jack Ferguson picked up his fourth win of the season, pitching 2.0 innings of relief and striking out three.

The Woolly Mammoths’ James Rogers worked the final 3.1 innings, allowing no runs and fanned seven. Four different Mammoth players had a base hit.