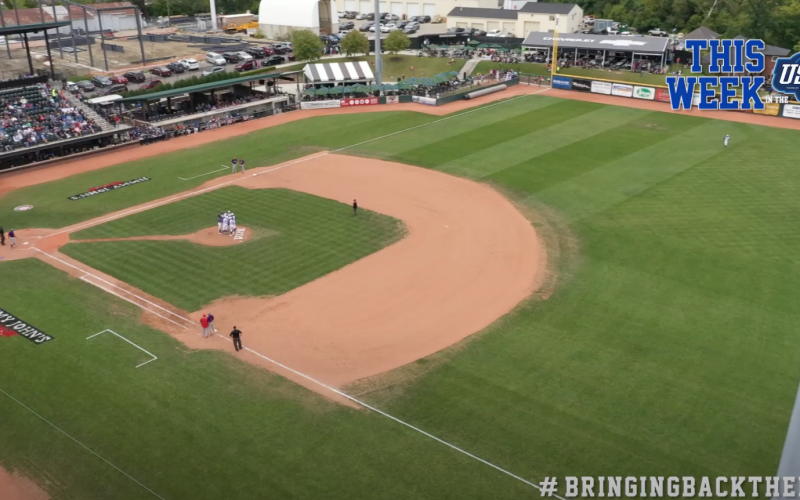 ROCHESTER, Mich. – The USPBL powered by UWM produces a bi-weekly show every Tuesday during the season (May 28-Sept. 12) that touches on the highlights from the previous two weekend’s games and previews what’s next at Jimmy John’s Field in downtown Utica. The show includes highlights, testimonials and upcoming promotions.

It was Wizard Night at Jimmy John’s Field with characters from Fairytale Entertainment all around the ballpark. Center fielder Drue Galassi’s RBI double in the top of the first was all the Unicorns needed to get the win over the Beavers. In his first start, Jordan Carr fueled the Unicorns, pitching 3.0 and allowing no hits.

Friday night was a perfect night for baseball and fireworks. The Unicorns brought the power on Purple Power Day with three home runs from Drue Galassi, Noah Childress and Ari Scehopolos. Keon Taylor picked up his third win as the Unicorns beat the Mammoths in a come from behind victory, 6-3.

Elijah Celaya hit what would be the game winning home run in the top of the sixth inning in game one of Saturday, June 12th’s doubleheader as the Birmingham Bloomfield Beavers would rally back to beat the Eastside Diamond Hoppers. Hoppers shortstop Juan Lopez Rios would be the hero in the second game, knocking in the game winning run in the bottom of the seventh. Hopper’s starter Andrew Verbrugge had a great outing, pitching 4.0 innings with only one earned run.

Drue Galassi hit his third home run of the season and scored two runs on Sunday Fun Day as the Utica Unicorns won their fourth straight game to beat the Westside Woolly Mammoths, 5-1. Migurl Cirino pitched 3.0 innings for the Unicorns allowing no runs.

It was the first Oldies Wednesday Night at Jimmy John’s Field. The Beavers snapped a long Unicorns win streak with a five to three win. Malik Barrington threw 5.0 strong innings, striking out seven and giving up one run and Travis McFarland hit a Beaver Bomb.

Polish-American Heritage Night was another success at Jimmy John’s Field and featured a great pitching duel between Westside’s Jackson Hicks and Eastside’s Pierce Banks. Hicks pitched 5.2 innings, striking out five and Banks left the game after 5.0 innings, with six strike outs. The Hoppers came out on top with a 5-3 victory.

The traditional Friday Fireworks Spectacular show continued after the game as the Hoppers shut out the Beavers, 3-0. Ricardo Velez shinned in his USPBL debut throwing 5.0 innings, striking out nine and picking up the win.

Sunday was Father’s Day with a sell out crowd at Jimmy John’s Field. The Eastside Diamond Hoppers beat the Birmingham Bloomfield Beavers 10-3. Ben McConnell went 3-for-5 with two runs scored and Christian De Los Santos drove in three for the Hoppers.