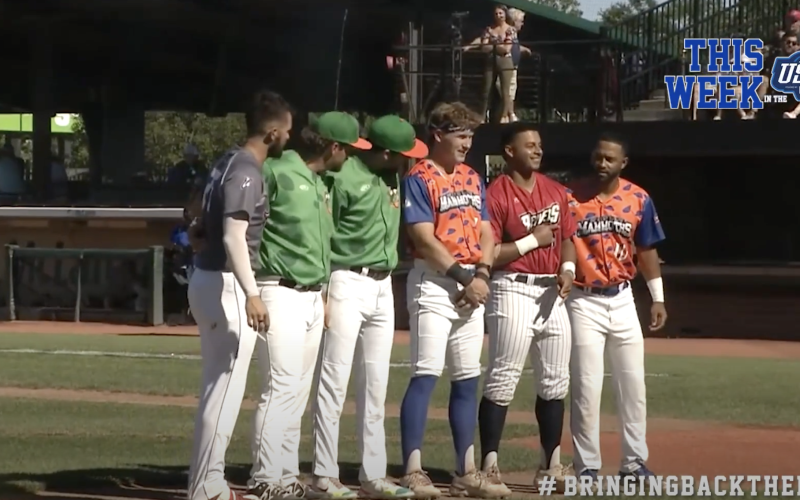 ROCHESTER, Mich. – Last weekend at Jimmy John’s Field was filled with large crowds, great weather, fireworks and the annual All-Star Game and Home Run Derby to highlight This Week in the USPBL.

The Utica Unicorns continue to lead the way with a five-game lead over the surging Birmingham Bloomfield Beavers. The Beavers have won seven straight games and are 8-2 over their last 10 games.

Beaver’s catcher Felix Aberouette took over the lead in the race for the USPBL batting title, sitting at .357, just ahead of teammate Marco Castillo. Utica Unicorn Ari Sechopoulos leads the USPBL with eight home runs this season and 17 RBIs.

The Mammoths’ Greg Loukinen struck out four in his All-Star Game start, and sits second in the league with 38 strikeouts this season. The Unicorns’ Keon Taylor now has five wins and a 0.46 ERA and Bryan Camacho threw 97 miles per hour in his outing during the All-Star Game.