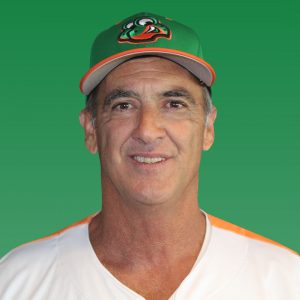 Paul Noce has been in the game of baseball for over 34 years including two player stints in Major League Baseball with the Chicago Cubs (1987) and Cincinnati Reds (1990). Noce was selected as a Topps All-Star for his play in Affiliated Baseball at the AA level. After his successful playing career, Noce was an instructor and manager for MLB organizations before moving on to the collegiate ranks. In 1994, he took the reins at Hillsdale College in Adrian, Mich. and amassed 349 wins during his tenure. Noce excelled at every level of baseball, winning the AAA World Series in 1988 and being a part of the 1990 Cincinnati Reds World Series. In 2012, Noce was inducted into the Peninsula Sports Hall of Fame in San Mateo, Calif.

Noce has led the Diamond Hoppers in all six seasons of existence. His teams are typically among the best in all offensive categories and he led the Hoppers to their first-ever USPBL Championship Game in 2018, and again in 2021. Noce has mentored 12 players that have signed with MLB organizations since 2016.