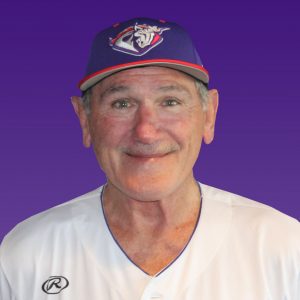 Jim Essian started his 47-year professional baseball career in 1970 with the Philadelphia Phillies in their minor league system where he was tagged as a Topps Rookie All-Star. Over the next three years he excelled at all levels of Minor League Baseball, earning all-star recognition at almost every level before breaking into Major League Baseball in 1973 with the Phillies. For the next 11 years, Essian played for the Phillies, A’s, White Sox, Mariners and Indians. After his playing career, Essian broke into coaching with the Chicago Cubs organization in 1986. In his second season as manager of the Winston-Salem Spirits, Essian brought home the Carolina League championship and was named Manager of the Year. He took the reigns as manager for the Chicago Cubs in 1991, and was inducted into the Reading Baseball Hall of Fame in 2000.

He worked alongside Paul Noce of the Diamond Hoppers in the USPBL in 2016 before taking over as Manager of the Unicorns in 2017.

Essian has helped 16 players sign with MLB organizations in his time spent with the USPBL.