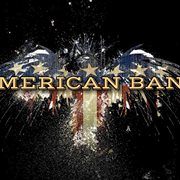 Join us for our 2nd EVER Opening Day celebration at Jimmy John’s Field presented by OUR Credit Union as the Beavers take on the Unicorns! Gates open at 6:00pm, so make sure to be there early because there is A LOT going on.  Experience the excitement as the Utica High School band marches from the high school, through Utica, and end at the ballpark. Be there for the 2016 Unicorns flag raising ceremony that will mark the beginning of the second season for the USPBL.  All fans in attendance will receive a mini-replica Championship Flag. The Unicorns will also be presented with their 2016 Championship Rings presented by The Law Firm of Lucido & Manzella, P.C. Be amazed as the game ball is delivered by way of a man in a parachute from the sky.  Brand new rosters will be introduced as the teams take the field. One of Detroit’s top bands, American Band, will be there to get the party started. This is also the first Chick-fil-A Thursday of the season. Kids will love mingling with their favorite mascots and getting their faces painted throughout the game. Adults will love the affordable beverage options as this kicks off the first of many Thirsty Thursday! Opening Day at Jimmy John’s Field is filled with the sights, sounds, and smells that everyone loves most about the summer. Join us and makes memories so close to home.