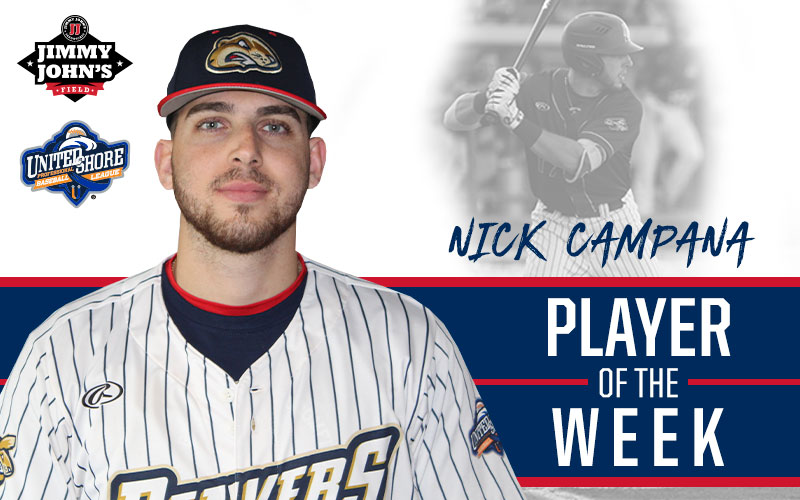 Campana led the USPBL with six hits, six runs batted in, two doubles and 10 total bases for the week. He has hit safely in all four games he has played this season.

For the week, Campana went 6-for-13, with a .769 slugging percentage and .500 on-base percentage. He had a season-best 3-for-5 performance against the Utica Unicorns last Thursday, driving in two runs and smacked a double. Campana drove in a game-high four runs in a win over the Westside Woolly Mammoths last Tuesday.