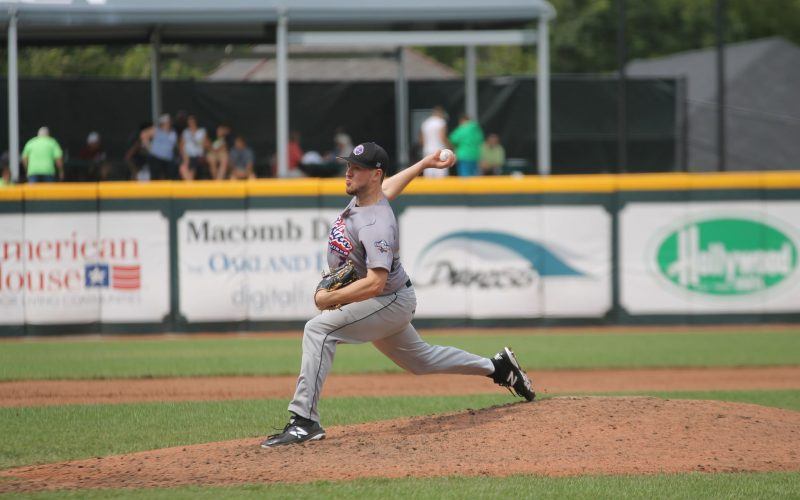 Murray scattered five hits, had just one walk and 10 strikeouts.

“I felt locked in and like I could throw anything for a strike today,” said Murray. “Our hitters did a great job executing and the run support today was awesome.”

In the top of the third inning, the Unicorns took a 1-0 lead on a sacrifice fly by Willi Martin. Nicco Lollio followed with an RBI single to right field and the Unicorns scored one more run to go ahead, 3-0.

The Unicorns got another run in the top of the fifth on another sacrifice fly by Martin.

In the top of the sixth, Conor Reynolds hit an RBI triple to score the Unicorns fifth and final run of the game.

Reynolds was 2-4 with an RBI and a run scored, and Brett Balkan was 1-3 with two walks and two runs scored in the Unicorns victory.

Diamond Hoppers first baseman Esteban Gomez was 2-4 in the loss.