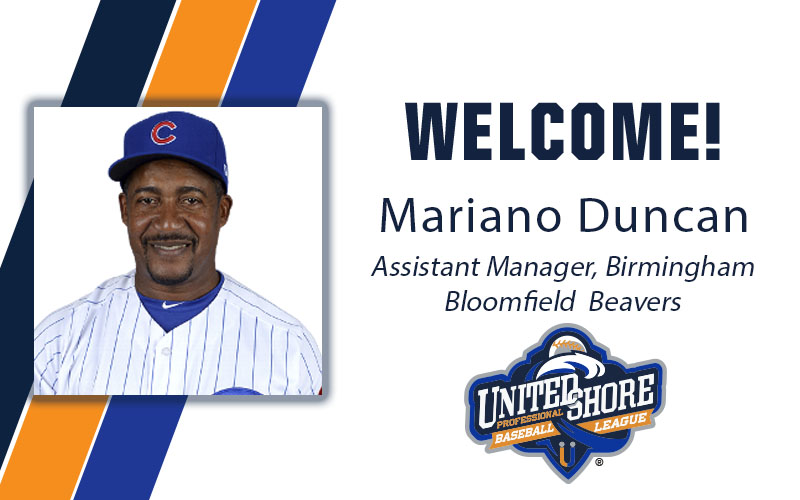 “Duncan is an essential part of our ongoing efforts to bring highly respected coaches with track records of developing players at the highest level,” said Orenduff. “Duncan’s experience as a MLB player and coach will be immensely valuable as we communicate to our players what it takes to get signed into a MLB organization. We are excited to have Duncan as a part of the USPBL.”

The 2019 USPBL Coaching Staff has over 100 years of coaching and playing experience with Major League Baseball organizations. With a focus on being a professional development league, the USPBL has produced 27 players that have signed with MLB teams in just three seasons.

Duncan has extensive coaching experience, spending time with the LA Dodgers (2006-10), Chicago Cubs affiliates in Single-A, Double-A and Triple-A (2011-17), and most recently worked with the Detroit Tigers Single-A affiliate the Michigan Whitecaps (2018). He worked primarily with the hitters at a majority of his coaching stints.

Opening Day at Jimmy John’s Field in historic downtown Utica, Mich., will be on Friday, May 10. Single-game tickets are now on sale and available online at USPBL.com.