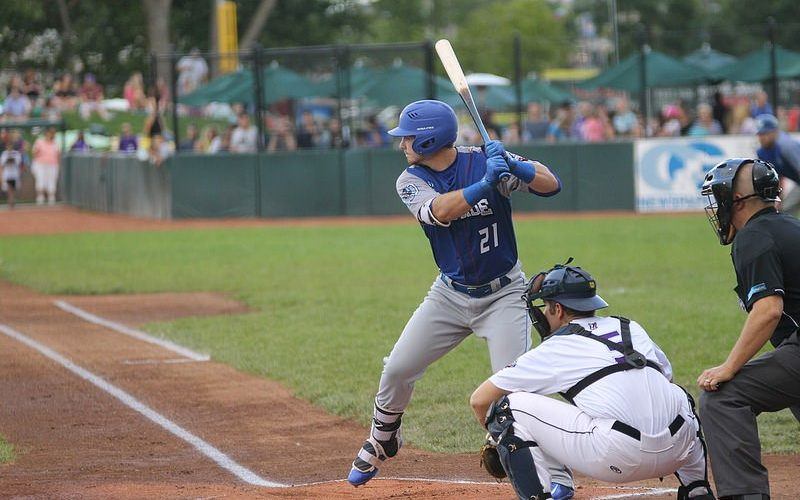 Utica, MI – On a gorgeous Sunday afternoon at Jimmy John’s Field, the Mammoths and Beavers met in a West division matchup. Mammoths got to the Beavers early and consistently managed to keep the Beavers’ bats silent achieving a 5-0 victory over their opponent.

Randy Wynne was the starting pitcher for the Beavers. Minus a few hiccups, Wynne made a number of good pitches. His slider showed some success, marking four strikeouts in seven innings. However, he would finish with a loss allowing 5 runs (four earned) and run support was not in his favor. Josh Mason was on the winning side for the Mammoths as he had everything working for him, including some spectacular defense and a few over the shoulder catches made by Riley Palmer in foul territory.

Mason went five strong innings with just two hits and zero runs on the board. The Mammoths bullpen was dominant as they had four innings of relief allowing only one hit and zero runs.

Kent Blackstone’s RBI double in the first opened up scoring as Jalin Lawson came around to score. Fuessel added an RBI single in the first as the Mammoths jumped ahead early 2-0 and didn’t look back.

Alex Abbott was awarded Player of the Game, as he knocked in three runs including a two run shot to right field into the lawn. He would later single in a run and that would be the last of the scoring, 5-0. He now has 27 RBI’s on the season in the 42 games he has played in.

The Mammoths are five games back from the Beavers in the West but the Beavers are still heavy favorites to finish with the best record, giving them a bye round in the playoffs. These two will meet again on September 1st, 2017 and by then we should have a clearer picture of the playoff rounds.