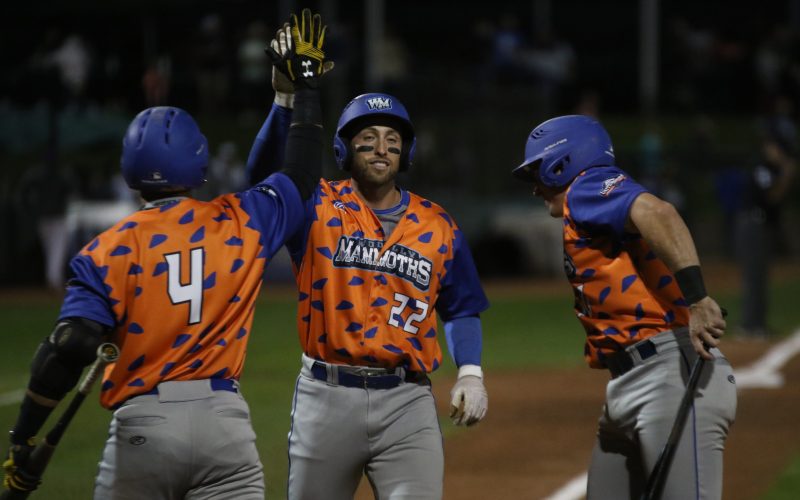 UTICA, Mich. – Right-handed pitcher Josh Mason (9-2) tossed 7.0 strong innings, allowing one earned run and struck out six, while Brandon Cuddy went 3-for-4 with a home run and three RBIs to lead the No. 4 seed Westside Woolly Mammoths (22-27) over the No. 3 seed Utica Unicorns (24-25), 5-2, on Friday night in front of a sell out crowd at Jimmy John’s Field. 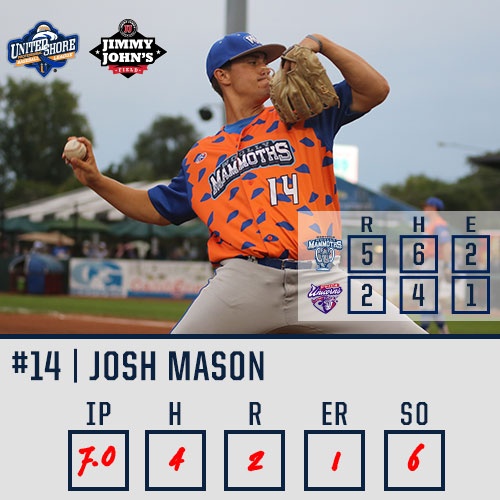 The Woolly Mammoths advance to the semifinals of the USPBL playoffs and will face the No. 2 seed Eastside Diamond Hoppers (24-23) on Saturday at 7:05 p.m. The winner of that game will take on the defending champion Birmingham Bloomfield Beavers (26-21) at 1:05 p.m. on Sunday.

Mason, the 2018 USPBL Pitcher of the Year, allowed just four hits en route to his ninth win of the season setting a new USPBL single-season record. Tyler Pagano finished 2-for-3 and drove in the game’s first run.

The game started as a pitcher’d duel between Mason and the Unicorns’ RHP AlJordan Johnson. There was no score through five innings until the Mammoths broke through with three unearned runs in the sixth inning. Johnson threw 6.0 innings, allowing three runs, no earned runs and fanned five.