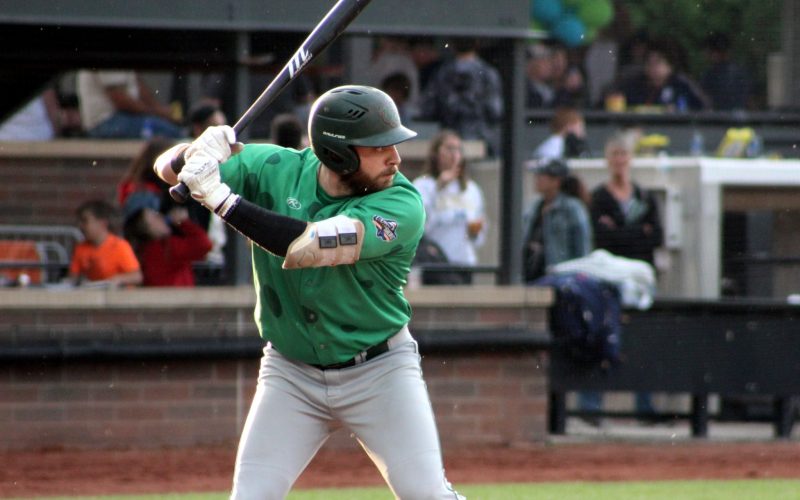 UTICA, Mich. – Center fielder Blake Porter threw a perfect throw to catcher Mike Luker to lead the Eastside Diamond Hoppers (3-5) to a 3-3 victory over the Westside Woolly Mammoths (4-4) in front of a sellout crowd on Friday night at Jimmy John’s Field.

Second baseman Houston Parker finished the night 2-for-4 with one RBI for the Mammoths. Adrian Cook started on the mound for Westside. Cook pitched 3.0 innings and struck out six.

The Beavers take on the Unicorns tomorrow, on meet the Unicorns Night. It’s also Country Music Night at Jimmy John’s Field. It’s a night you won’t want to miss!