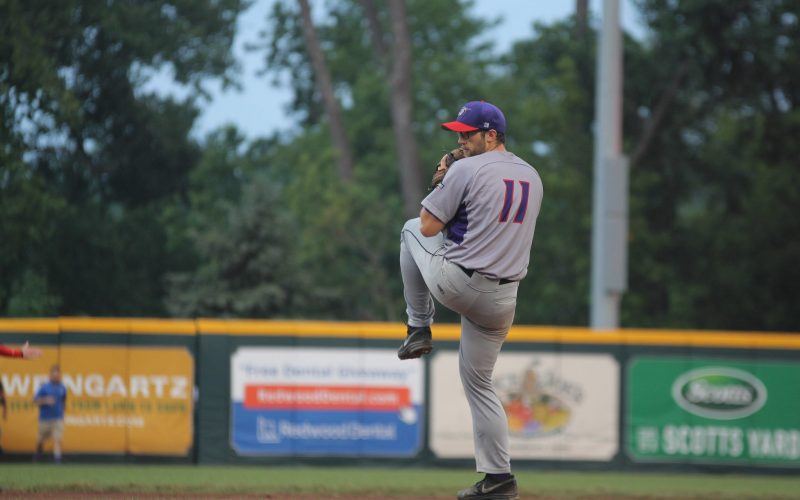 Utica — The Utica Unicorns used a six-run eighth inning and a great pitching performance from Randy Dobnak to pick up an 8-2 victory over the Eastside Diamond Hoppers.

“I knew I felt good in the first inning, and I was feeling just as good in the eighth and ninth innings,” Dobnak said.

The Unicorns took an early 2-0 lead in the top of the first inning on a two-RBI single by Connor Reynolds.

Unicorns right fielder Chris Cruz broke the 2-2 tie with an RBI double in the top of the eighth to make it 3-2. An RBI single from Reynolds made it 4-2, and Tyler McVicar’s single scored two more runs to increase the Unicorns lead to 6-2.

An RBI walk from Dylan Sprague made it 7-2, and a run scored on a fielder’s choice from Brett Balkan.

The Unicorns scored once more in the top of the ninth on an RBI single by McVicar.

“Anytime you can put runs on the board in the first inning, it makes it a little easier as the game goes on,” Assistant Coach Cedric Landrum said. “Randy showed up tonight and did a great job keeping hitters off-balance.”

McVicar was 2-3 with three RBI’s and Reynolds was 2-4 with a walk and three RBI’s in the Unicorns victory.