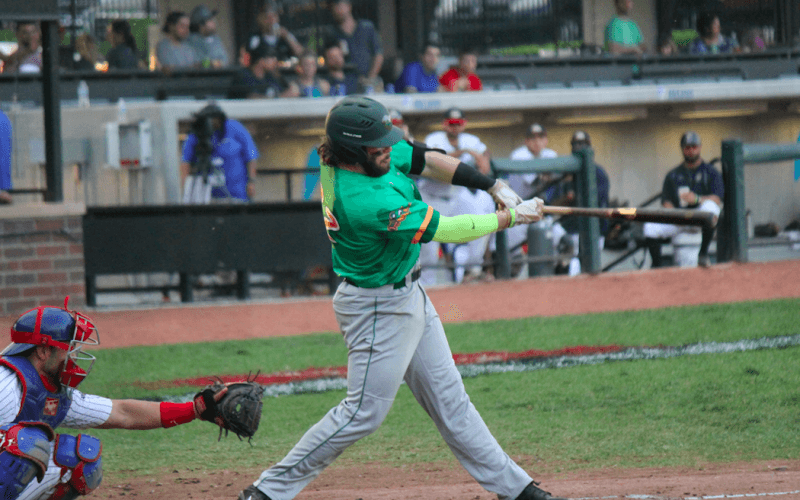 Diamond Hoppers left fielder Chris Power was 4-5 with two RBI’s and a run scored in the victory.

“I was just trying to take everything and shoot it into right-center field,” Power said.

In the first inning, Nick Buckner and DJ Martinez hit back-to-back RBI singles to give the Beavers a 2-0 lead, and in the second inning, DonAndre Clark extended the lead to 3-0 with an RBI fielder’s choice.

Buckner also had a solo home run in the third inning, and the Beavers would score once more in the fifth inning to take a 5-0 lead.

After scoring four runs in the sixth inning, The Diamond Hoppers took a 6-5 lead in the top of the seventh after Esteban Gomez hit a two-RBI triple down the right field line. Gomez went 1-4 with a walk, two RBI’s and two runs scored.

“I’ve been trying to stay through the ball a little more, and I’m just glad I got the barrel on it,” said Gomez.

Jordan Pannell came in relief for the Diamond Hoppers and was outstanding in his appearance. He didn’t allow a walk or a hit in 3.1 innings pitched, and he also tallied two strikeouts.

“We persevered and our bats came alive, and Jordan Pannell and Carl Brice did a tremendous job,” Diamond Hoppers Manager Paul Noce said.

Diamond Hoppers second baseman Kam Stewart was 2-4 with a home run, an RBI and three runs scored, and designated hitter Mark Krueger was 1-5 with two RBI’s.