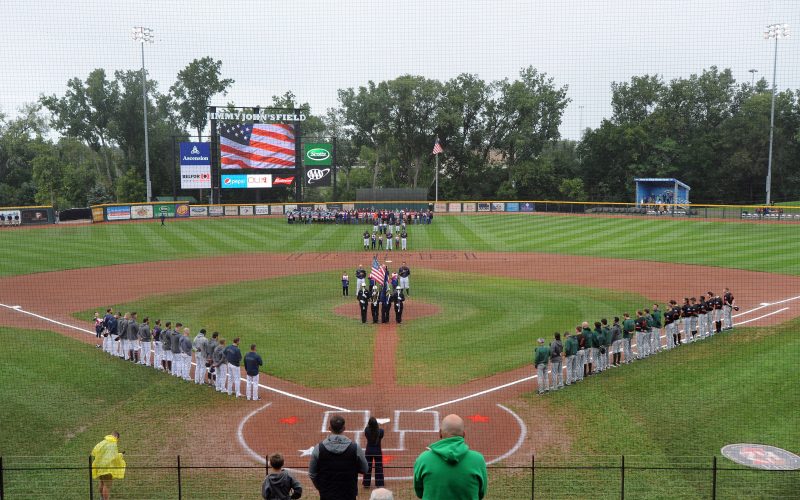 ROCHESTER, Mich. – The United Shore Professional Baseball League closed the book on its third season this past weekend as the Birmingham Bloomfield Beavers captured their second consecutive championship with a 9-3 win over the Eastside Diamond Hoppers. All three USPBL playoff games were sold out at Jimmy John’s Field in historic downtown Utica.

The Beavers were the top seed for the third straight year, and busted the championship game open with a five-run sixth inning. Left-handed pitcher Kevin Matthews (5-0) earned the win, striking out eight, and was named Co-MVP with All-USPBL shortstop and batting champion Thomas Roulis who drove in two runs for the Beavers.

The Diamond Hoppers made their first-ever title game appearance behind a brilliant pitching performance from right-handed hurler Tanner Kiest as he matched his single-game record with 14 strikeouts. The Hoppers defeated the Westside Woolly Mammoths, 2-0.

The Woolly Mammoths upset the Utica Unicorns for the second straight year in the quarterfinals on Friday night, as USPBL Pitcher of the Year Josh Mason tossed 7.0 strong innings and gave up just one run in a 5-2 win. Mason broke the single-season league record with nine wins on the mound, finishing 9-2.