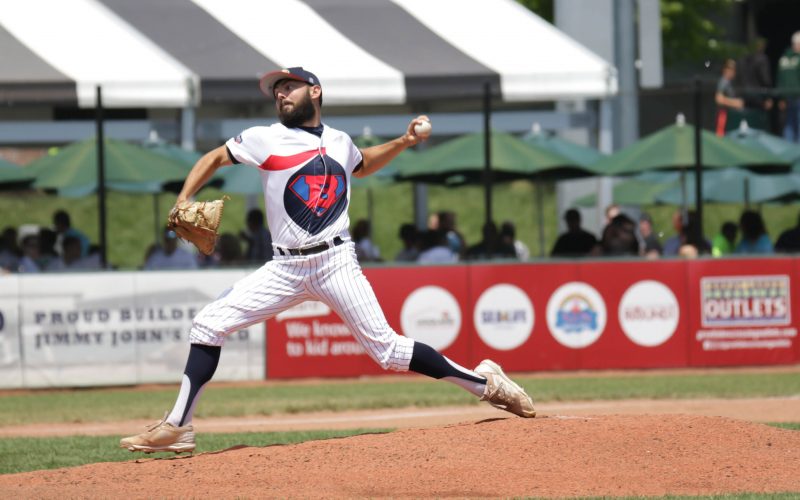 UTICA, Mich. – Adam Gauthier homered in the bottom of the eighth inning and left-handed pitcher Dylan Collett (2-1) tossed 2.0 scoreless innings, striking out two, to give the Birmingham Bloomfield Beavers (9-9) a 5-4 win over the Utica Unicorns (12-8) on Sunday in front of a lively crowd at Jimmy John’s Field.

Collett extends his consecutive scoreless innings streak to 12.2 innings. Ross Haffey drove in three runs with a bases-clearing double in the third inning.

After the Unicorns’ Jimmy Latona tied the game with his league-best fifth home run of the season in the top of the eighth inning, Gauthier responded for the Beavers with his fifth dinger of the season to take back the lead, 5-4. 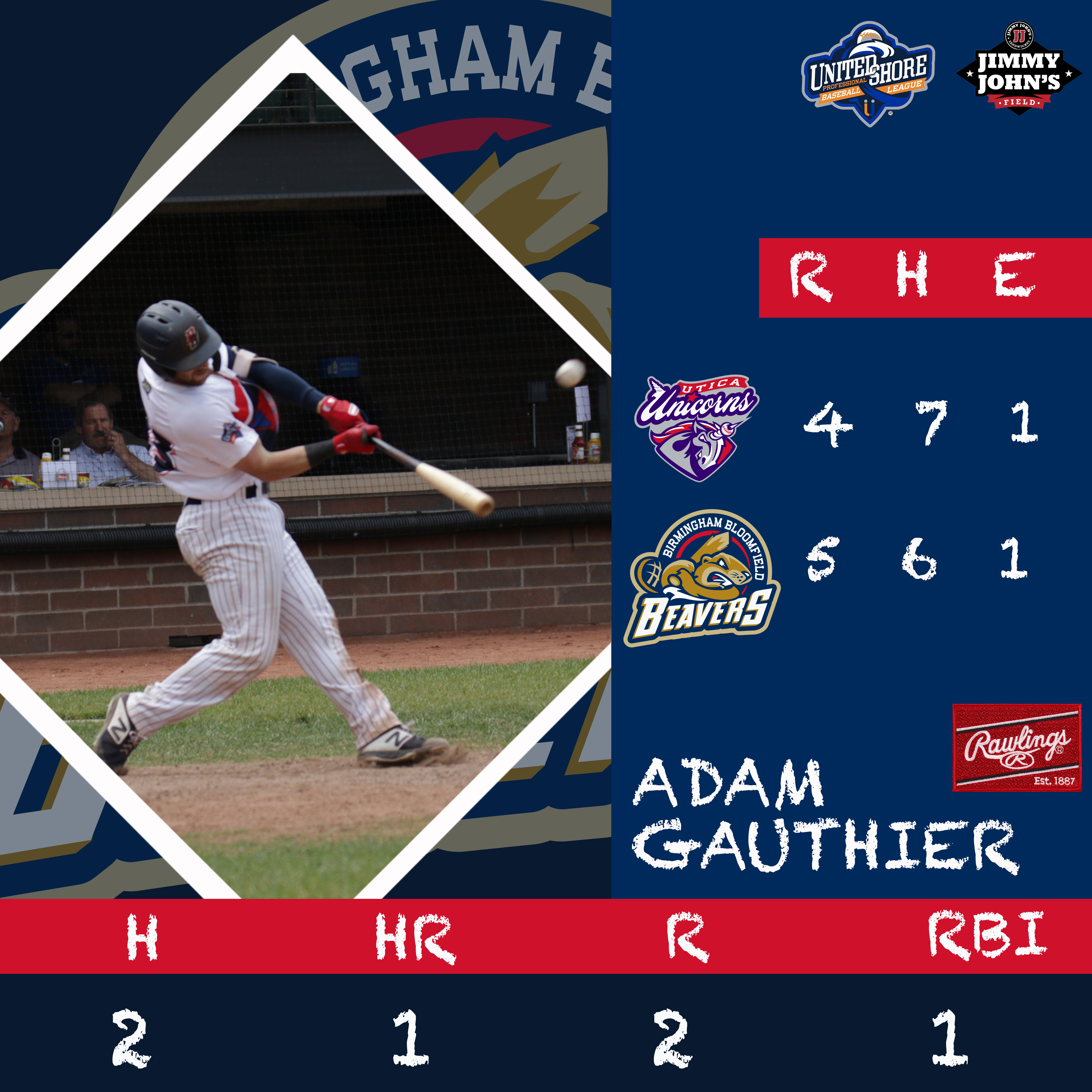 Collett faced the minimum over his two innings to close the door and preserve the one-run win. Josh Goulet also homered for the Unicorns in his USPBL debut, smashing a ball over the Chevy Pavilion in left field.

LHP Gerry Salisbury had a no decision, working 5.0 innings, scattering five hits, three runs and struck out three. He has won two of his last three games he has started.