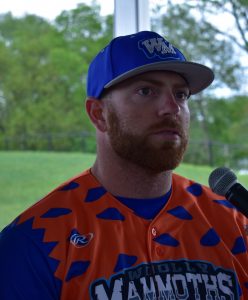 Alan Oaks enters his second season in the United Shore Professional Baseball League and first as the Assistant Pitching Coordinator. Oaks served as the Assistant Manager of the Woolly Mammoths in 2018 alongside Shane McCatty.

A former Dream Team selection by the Michigan High School Athletic Association, Alan was drafted by the Detroit Tigers in the 50th round of the 2006 MLB Draft, but decided to play collegiate baseball at Michigan. During his four-year career for the Wolverines, Oaks had a pinch-hit home run off eventual Cy Young and Golden Spikes Award winner David Price in the 10th inning of the the regional championship game, as well as making 15 starts as the ace of the pitching staff, earning All-Big Ten third team honors. Oaks was drafted in the eighth round by the Florida Marlins in the 2010 MLB Draft and played seven seasons of professional baseball.